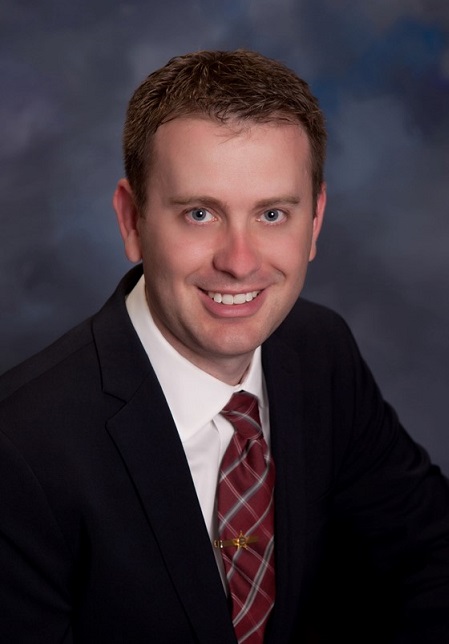 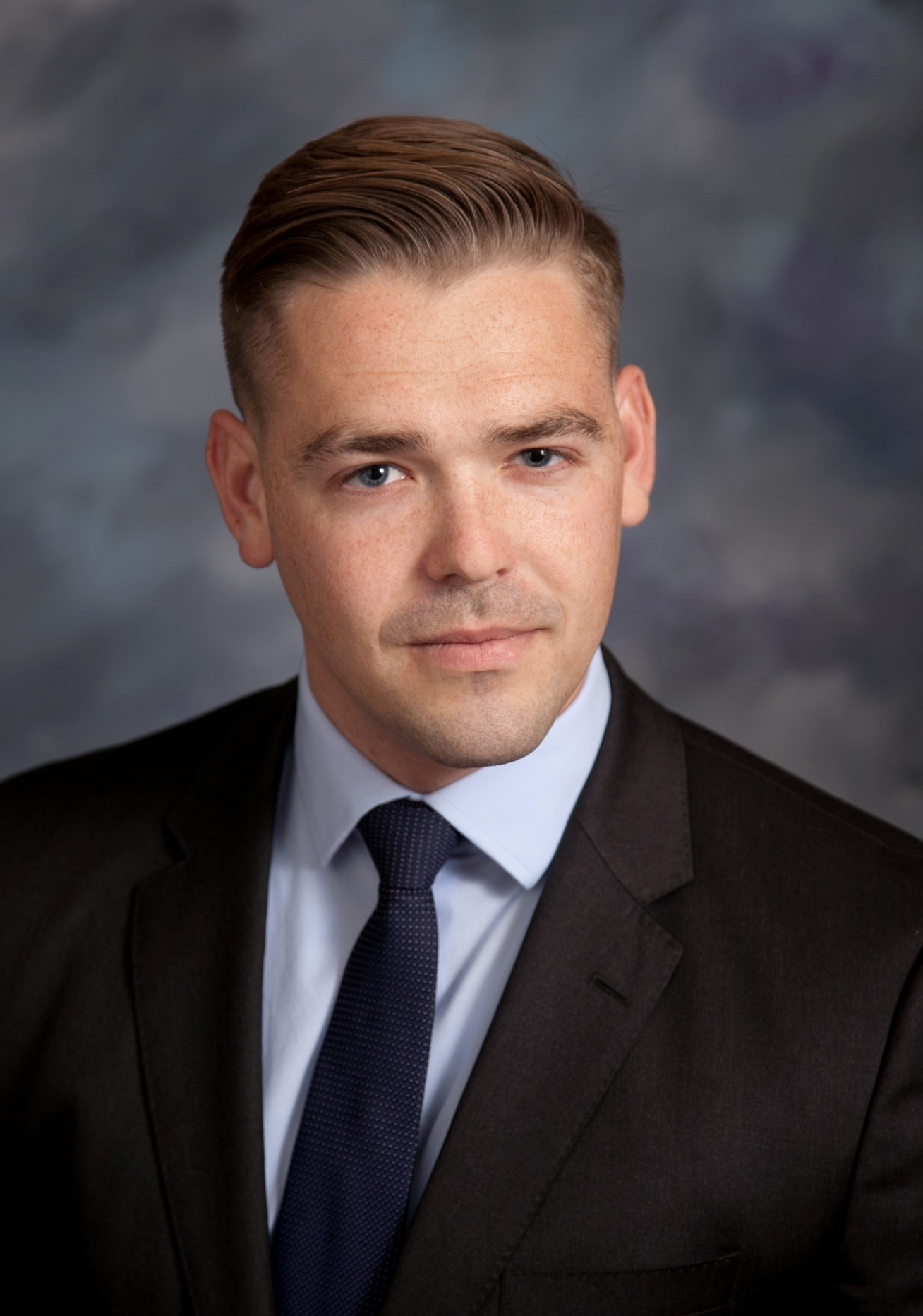 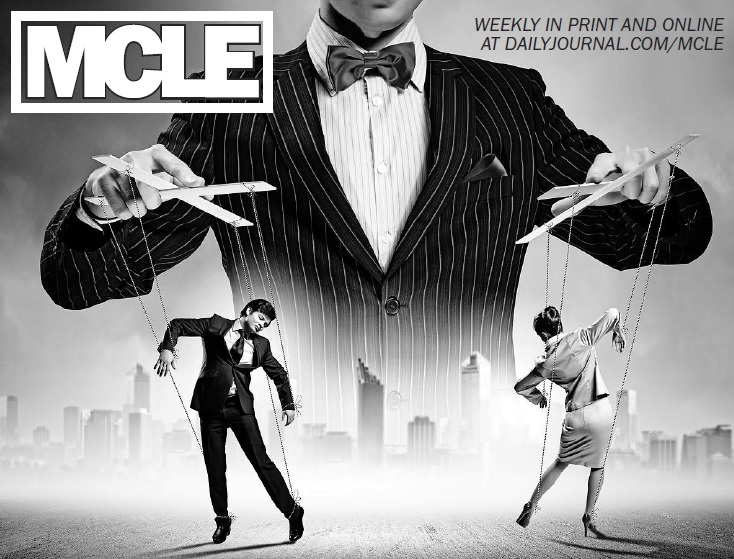 On Dec. 28, 2018, the U.S. Court of Appeals for the D.C. Circuit issued its anticipated decision in Browning-Ferris Industries of California, Inc. v. National Labor Relations Board, 16-1028 The court held that a common-law analysis of joint-employer status can factor into both an employer's authorized but unexercised forms of control as well as an employer's indirect control over employees' terms and conditions of employment. This 2-1 decision marks yet another analytical refocusing of the joint-employer relationship in what has already proven to be a less-than-clear legal conversation. While it is clear that the standard embraced in Browning-Ferris will expand the number of employers exposed to joint-employer liability, it is unclear what the extent of the expansion will be.

The Court of Appeals reviewed a 2015 decision of the National Labor Relations Board which held that an operator of a recycling plant, Browning-Ferris, was a joint employer with a business, Leadpoint Business Services, that provided workers to sort materials, clear jams and keep sorting areas clean. Browning-Ferris Industries, 362 NLRB No. 186 (2015). In the 2015 decision the NLRB announced a new application of its longstanding joint-employer standard under which "two or more statutory employers are joint employers of the same statutory employees if they share or codetermine those matters governing the essential terms and conditions of employment." The NLRB held that the new test consists of a two-prong inquiry asking first "whether there is a common-law employment relationship with the employees in question." If so, the NLRB would ask secondly "whether the putative joint employer possesses sufficient control over employees' essential terms and conditions of employment to permit meaningful collective bargaining." In applying both prongs of that test, the NLRB announced that it would "no longer require that a joint employer not only possess the authority to control employees' terms and conditions of employment, but also exercise that authority." Nor would the NLRB anymore require that "a statutory employer's control be exercised directly and immediately." Instead, the NLRB would consider both reserved control and indirect control as potentially "probative" in the joint-employer analysis. This is distinct from the pre-2015 test that considered only actual and direct control.

The Court of Appeals endorsed the NLRB's primary inquiry of whether a common-law employment relationship exists and affirmed the articulation of the joint-employer test as including consideration of both an employer's reserved right to control and its indirect control over employees' terms and conditions of employment. However, the court held that the NLRB failed to confine the applicability of indirect control to the essential terms and conditions of the workers' employment and remanded that aspect of the decision to the NLRB. The court expressed that the NLRB should not be relying on the common and routine decisions that employers make when hiring third-party contractors and defining the terms of those contracts to determine that a joint-employer relationship exists. The court provided an example that an employer's use of an intermediary to transmit directions to a contractor's employees, or to implement an employer-influenced disciplinary measure may implicate the essential terms and conditions of work. Conversely, routine contractual terms, such as a generalized cap on contract costs or an advance description of tasks to be performed under a contract, are too close to the routine aspects of company-to-company contracting to carry weight in the joint-employer analysis. The court eventually called for the NLRB to "erect some legal scaffolding that keeps the inquiry within traditional common-law bounds and recognizes that some such supervision is inherent in any joint undertaking, and does not make the contributing contractors employees."

The court's analysis of the NLRB's second prong was sparse. The second prong asks "whether the putative joint employer possesses sufficient control over employees' essential terms and conditions of employment to permit meaningful collective bargaining." The court explained that the NLRB's second prong meant that "the existence of a common-law employment relationship is necessary, but not sufficient, to find joint-employment status under the National Labor Relations Act." However, the court held that the NLRB did not meaningfully apply this prong in the case at issue. The court therefore ended its discussion of the second prong by asking the NLRB to explain this part of its test on remand by stating:

"We trust that, if the Board were again to find that Browning-Ferris is a joint employer of the Leadpoint workers under the common law, it would not neglect to (i) apply the second half of its announced test, (ii) explain which terms and conditions are "essential" to permit "meaningful collective bargaining," and (iii) clarify what "meaningful collective bargaining" entails and how it works in this setting. "

The primary takeaway from this case is that a "reserved right of control" and the exercise of "indirect control" are now relevant factors in a joint-employer inquiry. This is a clear change in the standard applied when determining joint-employer status. The secondary takeaway is that at least three salient questions were left unanswered as a result of the court's disposition.

The majority opinion addressed the procedural timing of its decision by holding that the task of defining the common-law scope of "employer" lies with the courts rather than administrative bodies, stating that "Congress delegated to the [NLRB] the authority to make tough calls on matters concerning labor relations, but not the power to recast traditional common-law principles of agency in identifying covered employees and employers." The court reasoned that the policy expertise of the NLRB in applying the National Labor Relations Act to joint employers is bounded by the common law's definition of a joint employer, which is defined by the judiciary. Essentially, the majority held that the NLRB's rulemaking must utilize the common-law definition of "joint employer" announced by the court.

The dissenting opinion issued by Judge A. Raymond Randolph expressed concern over the issuance of this opinion while the rulemaking proceedings were pending and suggested than one possible outcome of the rulemaking process could be to flatly disagree with the NLRB's 2015 decision and restore the pre-2015 standard. This concern appears to be supported by the NLRB's September 2018 proposed rulemaking. In a footnote, Judge Randolph goes on to explain that because judicial review of a substantive NLRB rule begins in federal district court and the district court in the D.C. Circuit does not have exclusive jurisdiction to review NLRB rules, a challenge to the final NLRB rule could be brought in a district court in another circuit which would have no obligation to follow the majority opinion in this case. "For this reason the [NLRB], in its rulemaking, may decide to treat the majority's opinion as having no binding effect on the [NLRB]."

The joint-employer standard announced in Browning-Ferris is almost certainly not its last iteration. The NLRB will have an opportunity to provide clarity when it considers the case on remand and through its pending rulemaking process. Any predicted constructions of the NLRB's forthcoming joint-employer rule should consider that the NLRB's leadership has changed as a result of the 2016 presidential election and the post-2016 NLRB has indicated that they are less interested in expanding the definition of joint employer than the pre-2016 NLRB was. While it is very likely that the final standard will result in an expansion of joint-employer liability, there is ample opportunity for the NLRB to reduce the extent of that expansion by clarifying a "legal scaffolding" for the consideration of evidence of indirect control that acknowledges an appropriate amount of control is necessary in any joint undertaking, and by delineating how much control is necessary to "permit meaningful collective bargaining" as required by the second prong of its test. The D.C. Circuit's decision may also face scrutiny in the coming months and years in the form of an en banc reconsideration or appeal to the U.S. Supreme Court.

What Does This Mean for Businesses?

Although the exact impact of Browning-Ferris is not yet known, this decision will most likely result in expanded joint-employer liability and increased litigation. Consideration of indirect control and a reserved right of control as factors relevant to establishing a joint-employment relationship is a significant departure from the "direct and immediate control" test that was implemented by the NLRB up until 2015. Under this new standard, the NLRB can look at whether an employer has exerted direct and immediate control over essential terms and conditions of employment in addition to whether it has exercised indirect control or has reserved authority to do so over those terms and conditions. Finding an unintended joint-employment relationship can expose a business to unexpected liability including but not limited to wage and hour class actions, the obligations resulting from a successful union organization at a contractor's worksite, discrimination and harassment lawsuits, and liability for workers' compensation obligations.

The attempted expansion of the joint-employer standard ignores the adverse impact on various types of employment relationships, such as franchising. Examples of these far-reaching negative consequences include:

Higher cost of doing business: If franchisors are responsible for their franchisees' labor and employment actions, they will spend more resources monitoring those actions, and it is likely that the increased cost of those resources will be passed on the franchisees. Further, the uncertain legal landscape will likely result in more litigation and related legal costs.

Loss of business opportunities: Many individuals purchased their franchises in order to become business owners and pursue the entrepreneurial spirit. They wanted a degree of freedom where their hard work was rewarded. If franchisors can be held responsible for their franchisees' labor and employment issues, they may reconsider whether the franchisee model is sustainable.

While the exact contours of the joint-employer standard will continue to be filled in over the coming months and years, employers may consider adopting contract language that disavows any joint-employer relationship with its contractors. This could include sections that specifically details and limits the control they are able to exercise over a contractor's employees to matters within the routine parameters of company-to-company contracting.

What Does This Mean for Public Agencies?

The impact this decision will have on California's government employers is even less clear. Generally, public agencies are not bound the NLRA or the decisions of the NLRB. California has enacted its own labor relations statutes which are primarily administered by the Public Employment Relations Board. However, PERB regularly applies NLRB holdings to its own cases. It is very possible that PERB continue this practice and rely on the NLRB's construction of the joint-employment standard in future cases. Further, the D.C. Circuit's position that the definition of joint employment is a common-law question to be determined by the courts rather than an administrative body increases the likelihood that PERB will apply a construction of the joint-employment standard that allows for consideration of evidence of indirect control. Although this decision does not immediately affect California public employers, it could very well be a sign of things to come.