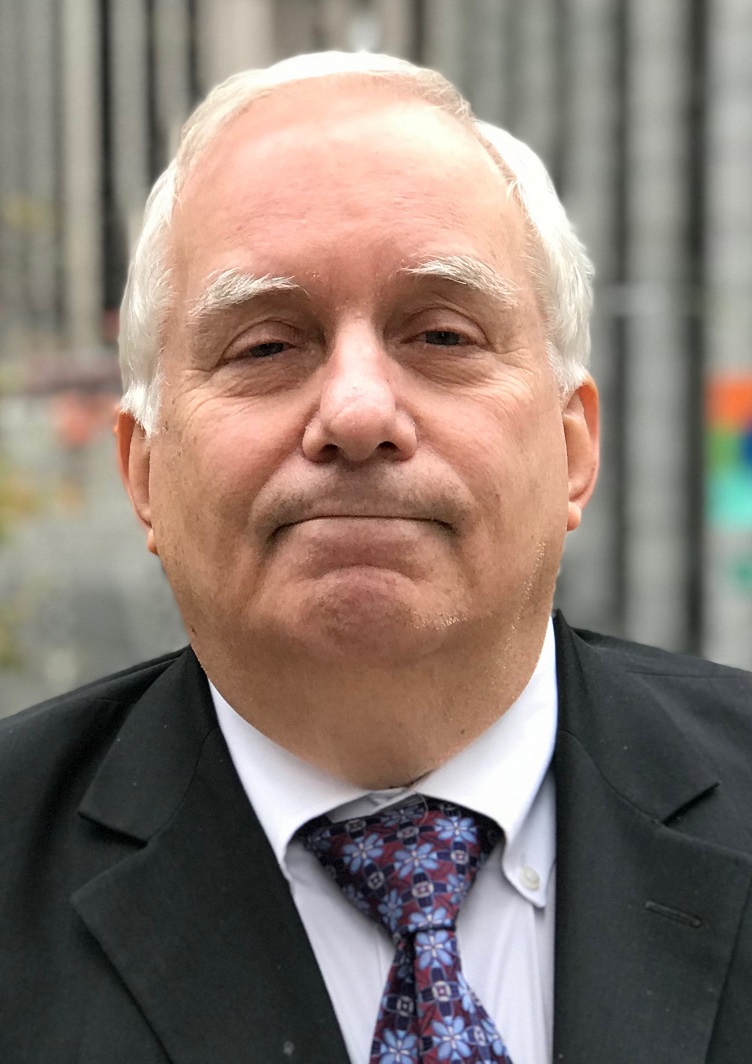 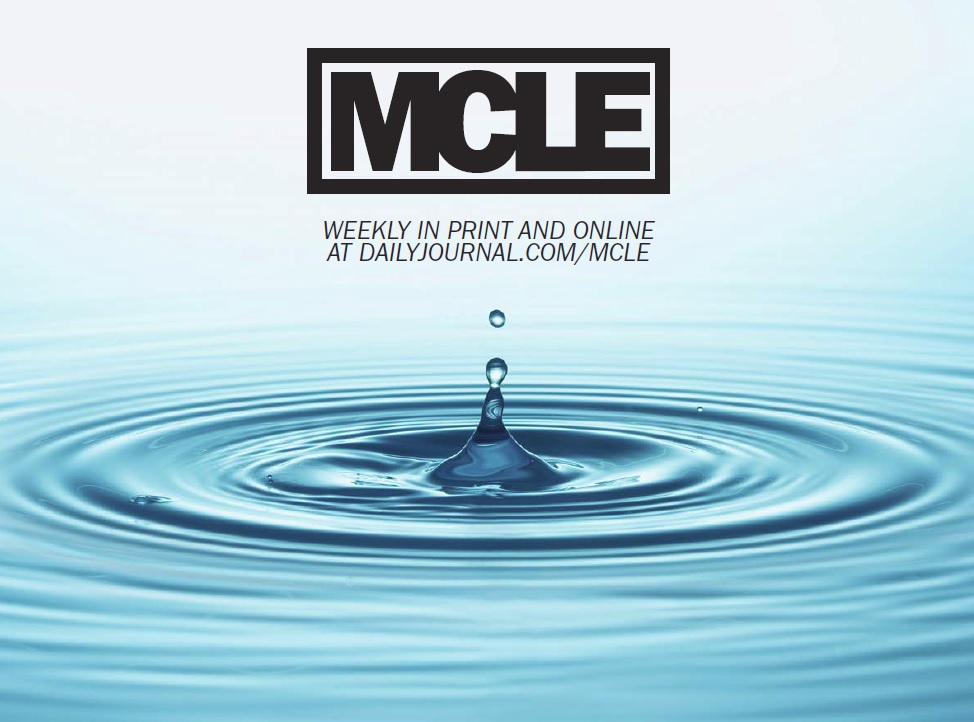 In a significant decision with major implications for California, the Delaware Chancery Court recently held that certificates of incorporation in Delaware-chartered companies cannot have forum selection provisions requiring shareholder actions under the Securities Act of 1933 to be filed in federal court. In Sciabacucchi v. Salzberg, C.A. 2017-0931-JTL, slip op. (Del. Ch. Dec. 19, 2018), Vice Chancellor J. Travis Laster drew an important distinction between internal-affairs claims (such as derivative actions), which may be regulated by forum selection provisions, and external-affairs claims (such as actions under the 1933 Act), which may not be so regulated.

The decision takes on increased importance after the U.S. Supreme Court's ruling in Cyan, Inc. v. Beaver County Employees Retirement Fund, 138 S. Ct. 1061 (2018), that class actions alleging violations of the 1933 Act may be litigated in state court and cannot be removed to federal court. Cyan concerned the impact of the Securities Litigation Uniform Standards Act (SLUSA) on 1933 Act claims brought in state court. The 1933 Act requires companies offering securities to the public to file registration statements with the SEC, and provides a private right of action for investors alleging that the registration statement contained materially false and misleading statements. The 1933 Act provided concurrent jurisdiction in federal and state courts for such claims. (By contrast, claims under the Securities Exchange Act of 1934 must be exclusively filed in federal court.)

In 1995, Congress enacted the Private Securities Litigation Reform Act (PSLRA), which imposed limitations on private securities actions in federal court. When it appeared that securities plaintiffs sought to circumvent the new restrictions by resorting to state court, Congress passed SLUSA, which, with certain exemptions, prohibited fraud-based securities class actions from being litigated in state court and permitted such actions to be removed to federal court. Defense counsel generally prefer litigating in federal rather than in state court, where discovery is often broader, summary judgment is more difficult to obtain, and state law rather than federal law may govern some claims. The lower federal courts, however, divided on whether SLUSA applied to state-filed class actions alleging 1933 Act claims. Resolving the split, Cyan held that SLUSA did not eliminate state court jurisdiction for 1933 Act class actions.

Cyan had an acute effect in California, where plaintiffs' attorneys increasingly file 1933 class actions in California superior courts. Section 11 of the 1933 Act provides an express right for investors to bring lawsuits based on alleged material misstatements or omissions in registration statements and prospectuses in public offerings. Section 11 creates strict liability, with certain exceptions, for the company issuing stock, while directors, underwriters and accountants have a "due diligence" affirmative defense, which has been held to have a negligence standard. After Cyan, plaintiffs are free to bring Section 11 class actions in California superior courts. The recent surge in initial public stock offerings means that a similar increase in state court Section 11 class actions will inevitably follow.

A major issue is whether the protections of the PSLRA apply in state court actions. The Supreme Court in Cyan indicated that substantive provisions of the PSLRA, such as the safe harbor for forward-looking statements, apply in state court actions. But the safe harbor does not apply to IPOs, a major source of Section 11 class actions in the California state courts. The Cyan court also acknowledged that the procedural requirements of the PSLRA, such as the procedures for appointing lead plaintiffs and determining which law firm should be appointed as lead plaintiff's counsel, do not apply in state actions.

A big issue is whether the PSLRA's automatic stay of discovery pending a ruling on a motion to dismiss applies in state court actions. The California courts have divided on this issue. See Milano v. Auhill, No. SB 213476 (Cal. Super. Ct. Oct. 2, 1996) (discovery stay applies); In re Pacific Biosciences of Cal. Inc. Sec. Litig., No. CIV 509210 (Cal. Super. Ct. May 25, 2012) (refusing to apply stay). The lack of an automatic discovery stay dramatically increases the settlement value of a class action, where the litigation costs can be substantial and potential damages are often astronomical.

Under these circumstances, it became logical for California public companies chartered in Delaware to determine the willingness of the Delaware courts to approve amendments to certificates of incorporation that require shareholder lawsuits under the 1933 Act to be filed only in federal court. Consequently, the Delaware Supreme Court's eventual ruling on the appeal of Vice Chancellor Laster's decision rejecting such amendments will ripple across the continent to California. The Delaware Supreme Court in February 2019 rejected an initial appeal because Vice Chancellor Laster had not yet ruled on the application for attorney fees and therefore there was not a final order on which to take an appeal. Thus an appeal awaits the ruling on attorney fees.

"California has been, and remains, Ground Zero for Section 11 suits in state court. If the Delaware Supreme Court upholds the validity of such clauses, then it is a safe bet that most companies going public in California will adopt them," said Boris Feldman, a partner at Wilson Sonsini Goodrich & Rosati, which represented the three companies whose certificates of incorporation were at issue in Sciabacucchi. "But if Delaware nixes the clauses, then the Superior Courts better rent more space."

Sciabacucchi involved three companies -- Blue Apron Holdings, Stich Fix and Roku -- that amended their certificates of incorporation prior to their initial public offerings to require any 1933 Act claims to be filed in federal court. In rejecting these provisions, Vice Chancellor Laster cited the decision of then-Chancellor Leo Strine -- now Chief Justice of the Delaware Supreme Court -- in Boilermakers Local 154 Ret. Fund v. Chevron Corp., 73 A. 3d 934 (Del. Ch. 2013), which held that a Delaware corporation could adopt a forum selection bylaw for internal-affairs claims pursuant to Section 109(b) of the Delaware General Corporation Law (DGCL), which controls what matters bylaws could address. While ruling that Section 109(b) permitted regulation of "internal affairs claims brought by stockholders qua stockholders," Chief Justice Strine emphasized that Section 109(b) did not permit regulation of external corporate relationships and that therefore bylaws could not dictate the forum for tort or contract claims merely because the plaintiff was a stockholder.

In Sciabacucchi, Vice Chancellor Laster reasoned that Section 102(b)(1) of the DGCL, which addresses what subjects may be addressed by a certificate of incorporation, must be read in parallel to Section 109(b). Indeed, the court held that the Delaware Legislature in 2015, by adding a new Section 115 to the DGCL, and amending Sections 102 and 109, reinforced the conclusion that certificates and bylaws could regulate only internal-affair claims. Therefore, Section 102(b)(1) must also draw the identical distinction between internal and external affairs claims. Delaware may use corporate law to regulate a corporation's internal affairs, but not its external relationships, particularly those governed by a different sovereign (such as the federal government). A 1933 Act claim, brought under a federal statutory structure, arises out of the offer or sale of stock, not a corporation's internal governance. Put another way: "Whether a purchaser of securities may have bought shares in a Delaware corporation is incidental to a claim under the 1933 Act."

The identical analysis should apply to other external claims, such as product liability and tort claims or other cause of action under federal statutes. These kinds of claims presumably may not be subject to forum selection provisions under Delaware law, whether in a certificate or a bylaw. Nonetheless, the analysis by the vice chancellor plainly supports the conclusion that Delaware law permits a certificate of incorporation, as well as bylaws, to require internal-affair claims to be filed exclusively in Delaware Chancery Court (or another appropriate forum).

If the Delaware Supreme Court upholds forum selection clauses requiring 1933 Act actions to be filed exclusively in federal court, those clauses may very well be enforceable in California based on a recent decision by a California Court of Appeal. In Drulias v. 1st Century Bancshares, Inc., 30 Cal. App. 5th 696 (2018), the 6th District Court of Appeal, ruled that a Delaware forum selection bylaw providing that Delaware was the "sole and exclusive" forum for intra-corporate disputes -- the kind of forum selection clause affirmed in the Boilermakers decision -- was enforceable in California. Drulias, a California resident and a stockholder of 1st Century, filed a class action in California superior court alleging that the company, a Delaware corporation, and its directors had breached their fiduciary duties by approving a merger agreement. Defendants sought dismissal on the ground that the forum selection clause required the claims to be litigated in Delaware.

The plaintiff argued that the forum selection clause was unenforceable as conflicting with Section 2116 of the California Corporations Code, which codifies California's internal affairs doctrine. The second sentence of Section 2116 provides that the liability of the directors of a foreign corporation transacting intrastate business "may be enforced in the courts of this state." Drulias asserted that upholding the Delaware forum selection clause deprived him of a statutory right to a California forum guaranteed by Section 2116.

Rejecting this argument, the Court of Appeal held that Section 2116 merely meant that the California courts will not decline to exercise jurisdiction over a case merely because it involved the internal affairs of a foreign corporation. But the provision, including the second sentence, does not deprive a court of the discretion to decline to exercise jurisdiction over an action involving a foreign corporation where the action could be more appropriately and justly tried elsewhere. There was no authority for holding that Section 2116 created substantive rights to a California forum.

There is an obvious analytical difference between holding that Section 2116 does not obviate forum selection clauses requiring actions involving the internal affairs of a Delaware corporation to be heard in Delaware, and holding that California courts must refuse to hear 1933 Act cases based on a Delaware forum selection clause. However, the Court of Appeal further stated that a forum selection provision is considered unreasonable only when the required forum is unavailable or unable "to accomplish substantial justice," which certainly would not apply to the federal courts. Further, the court held that a forum selection clause need not be subject to negotiation to be enforceable and that by purchasing stock in a Delaware corporation, the plaintiff consented to the board amending the bylaws consistent with Delaware law. These factors also would tend to support the enforceability in California of a forum selection provision requiring that 1933 Act actions be heard exclusively in federal court, should the Delaware Supreme Court eventually uphold such clauses.