Frank is a former civil attorney and prosecutor. His opinions are his own and not of any other entity. 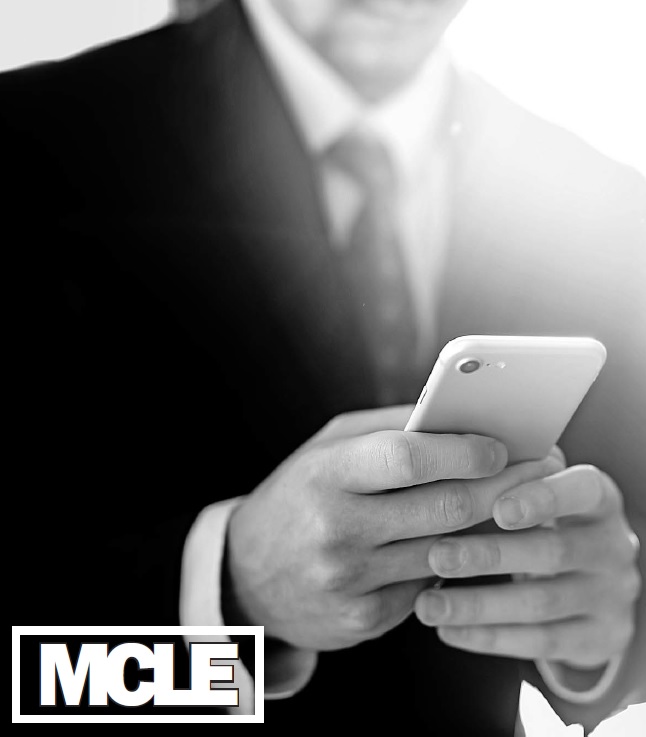 The use of cellphones and electronic devices has exploded over the past decade. According to a Nelson study, the averaged teenager sends more than 3,000 texts per month. A 2015 Nielson report states that the average adult spends more than 11 hours per day on electronic gadgets. Cellphones can track our every move. Photographs, calls and payments mark our location. Our electronic devices keep track of our preferences in food, purchases, news and politics, and who we associate with. Cellphone signals can track traffic congestion. Cellphones control temperature, light and record who is in our homes. People v. McDaniel, 2019 DJDAR 7910 (Aug. 16, 2019), discusses how accusatory statements and the response in text conversations can be used in trials. Adoptive admissions are applicable in civil and criminal cases.

(1) The accused person responds with a flat denial. There is no admission and the statement is inadmissible.

(2) If the accused person responds with an admission, the statement and admission may be admitted.

(3) If the accused person does not respond to the accusation, or gives an evasive or equivocal reply, the accusation and the response or lack of response may in certain circumstances be admissible in a criminal trial.

In civil cases, adoptive admissions are likewise a hearsay exception. In order for the hearsay evidence to be admissible, it must have been shown clearly that the party heard and understood the statement. Fisch v. Los Angeles Metropolitan Transit Authority, 219 Cal. App. 2d 537, 540 (1963). There must also be evidence of some type of reaction to the statement. The doctrine does not apply if the party is in such physical or mental condition that a reply could not reasonably be expected from him. Southers v. Savage, 191 Cal. App. 2d 100, 104 (1961).

The business records exception to the hearsay rule applies to statement recorded as part of a routine business duty. They are deemed trustworthy and thus admissible. Evidence Code 1271-72.

In In re Neilson's Estate, 57 Cal. 2d 733 (1962), there was an alleged remark, made privately to a couple by a person who apparently had no particular familiarity with the character of their property. It was at most a vague and inconclusive assertion that some unidentified items were community property. Under these circumstances, the husband's silence cannot be interpreted as an adoptive admission.

In Fischer v. L.A. Metro Transit, 219 Cal. 2d 537 (1963), there was a suit for injuries to plaintiff when struck by a car after exiting a bus. It was held that testimony by a police officer of statement of motorist, in presence of plaintiff, a few minutes after the accident, to the effect that plaintiff ran into the motorist's automobile, was inadmissible in absence of evidence of any reaction by plaintiff at time the statement was made.

In People v. Lewis, 43 Cal. 4th 415 (2008), the defendant was charged with murder. Defendant had been in an apartment where incriminating drawings concerning robbery were found. There was no evidence the defendant made the drawings or knew they were in the apartment. This was inadmissible. The drawings were not an admission.

In People v. Chism, 58 Cal. 4th 1266 (2014), the defendant was charged with murder. The defendant was in possession of a letter accusing him of a crime (that little robbery in Long Beach). It was ruled inadmissible. Defendant had not read the letter in the accuser's presence. There was no evidence of defendant's reaction to the accusation.

In McDaniel, the defendant was charged with 10 counts of robbery in six different incidents. There was video, but the face of the perpetrator was hidden. The descriptions by witnesses were vague and contradictory. The prosecution produced defendant's cellphone records showing a six-line text exchange over a 20 minute period between the defendant and his mother. The client texted that his mother needed to stop lying and that is why her boyfriend left her. His mother responds that he needed to respect his mother and that his days were numbered. The defendant asked why she was so hateful. His mother then stated that the defendant would be locked up for the four robberies of stores in the area. His mother asked why the defendant had to be so fowl and sick. Motions in limine were filed, but the text exchange was allowed. The prosecution focused on the admission at length in its closing argument. Defendant was convicted of most of the charges.

On appeal, McDaniel found it was error to admit the text exchange. Texting is different from in person and phone discussions. Texting is not in real time. Messages might not be read immediately due to interruptions or the press of business. A text does not show prompt knowledge of its contents. Here, six lines of text took place over 20 minutes. Moreover, since the defendant told his mother to stop telling lies at the start, a response or denial was not necessarily warranted under the circumstances. There was no other evidence showing that defendant adopted his mother's statement. His mother's statements were probably based upon news reports of these well publicized robberies. She had no personal knowledge and this was an improper opinion. Defendant's lack response also could have been based on his frustration with his mother. Alternatively, defendant could have switched modes and called his mother to discuss the matter.

In terms of preserving the objection for review, the prosecution contended that the defense's stipulation that the text messages were authentic and admissible as a business record precluded a challenge. In rejecting this argument McDaniel noted that the defense made repeated objections and filed a motion in limine. Thus, further objections were futile and the objection was preserved. The stipulation was only to the fact of the text exchange and not the contents. Defendant's mother did not have a business duty to make the statements so her accusation was not covered by the business record exception.

McDaniel found that the admission was prejudicial since the prosecution's case was highly circumstantial. The text exchange was important since prosecution spoke in closing at length about the text and its significance. Further, the jury had difficulty with the issue and was hung 10-4 at one point. This alone required reversal.

In my practice, more and more of the prosecution's cases are bolstered by text messages. Obviously practitioners must analyze the texts in relations to the theory of their case. Attorney need to have an investigator preserve the helpful text since people change phones or lose phones. The source of the text should be examined. The persons sending or receiving the text can sometimes edit the materials. In McDaniel, the text came from the cellphone company.

Practitioners need to not only file motions in limine, but follow up with objections when the material is raised at trial. The text must be authenticated. Consider stipulations and tailor them narrowly. McDaniel indicates that the text conversion could not have been admitted a business record since the mother had no duty to make the statements in a business context. Second, practitioners should contend that the nature of text is not the same as a face to face conversation or a phone conversation. Like emails, texting may be conducted over time. The party might not have received the text or might not have read it. Also most drivers are prohibited from using their devices. Just last week a major cellphone provider had an outage where phone and text service was interrupted the whole day. When in the mountains, service may be interrupted due to location of towers. Service is also affected by cell plan restrictions/limits and the quality of the phone. Third, practitioners should pick apart the conversation to determine whether it is a situation where the receiver would have responded. Did the receiver understand it to be an accusation? What is the timing of the responses. Here, defendant stated that his mother was lying and being mean, so there was a question of whether a person would respond to her accusations. Finally, practitioners need to focus on the strength of the proponent's case in relationship to prejudice. If the proponent's case is highly circumstantial, the prejudice is much greater. In McDaniel, the implication was that even his mother believed he was guilty and this was unduly prejudicial.

In McDaniel, the defendant and his mother did not testify or otherwise authenticate the messages. A party can attempt to have the other parties to the text conversation testify as to texting and whether the party in question switched modes, and communicating via phone or in person.

People's lives revolve around their phones. With the increased use of text communication and the faster pace of communications, this is a fertile ground for parties to try to bolster their cases with the hundreds of text that people generate a day. 