Modifying spousal and child support as a result of the pandemic 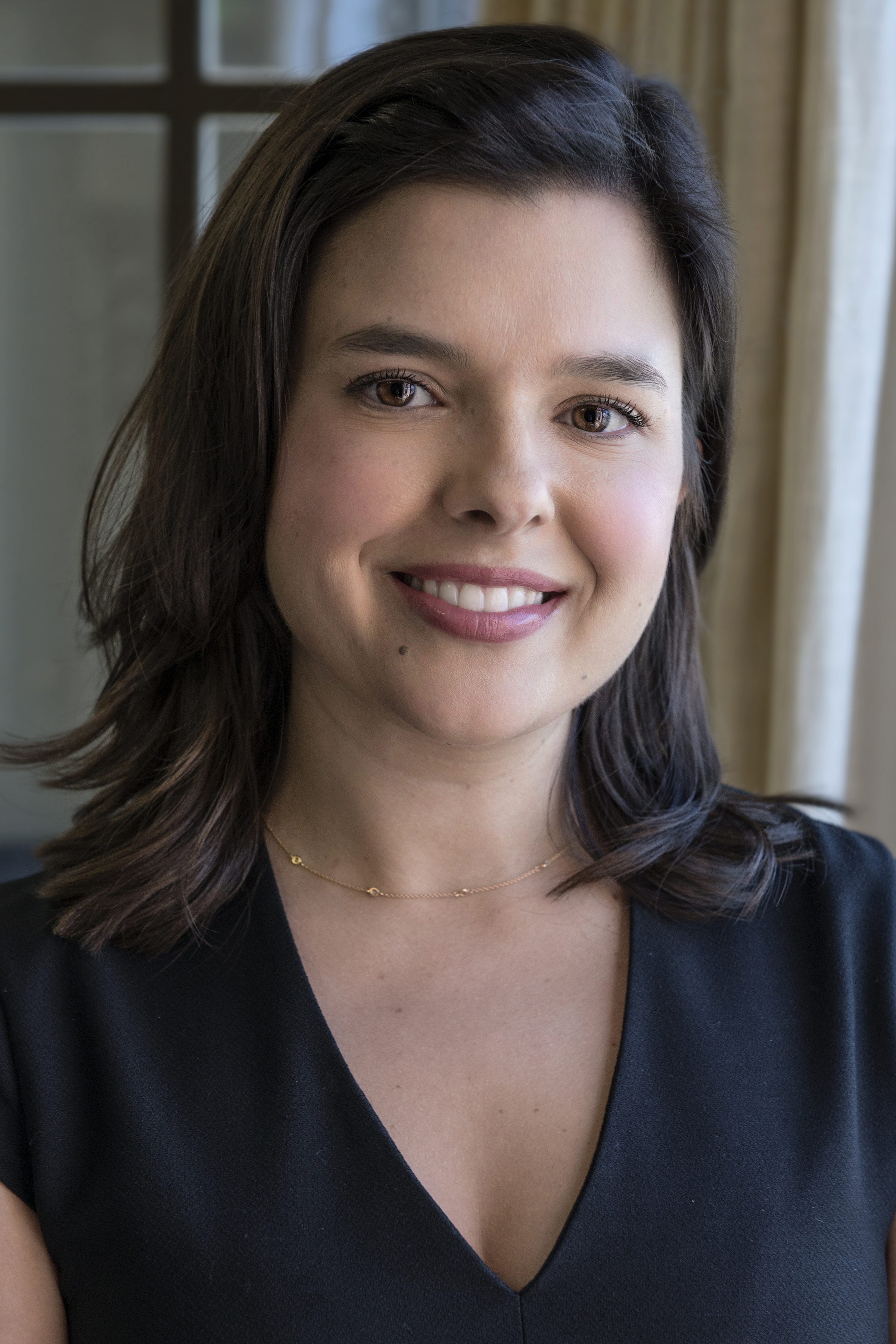 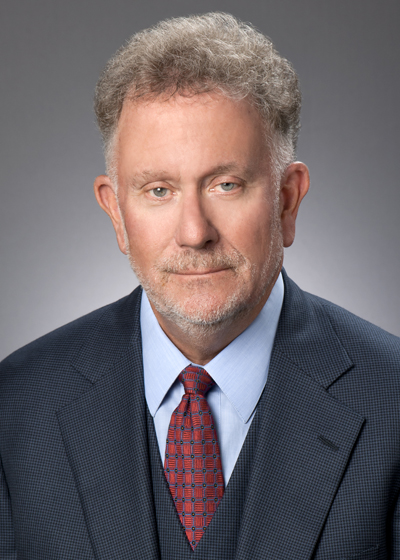 The impact of COVID-19 on the U.S. economy is spreading faster and claiming more victims than the virus itself, and no specific sector or individual is immune to it. Within the family law context, the domino effect is unstoppable. As a supporting parent or former spouse's source of income is suspended, reduced, or eliminated, so is her or his ability to pay child or spousal support pursuant to an existing stipulated agreement or litigated order. The question in such case becomes two-fold: Is the reduction in income a qualifying material change of circumstances warranting a modification, and if so, will a court make the reduction retroactive?

Modification of a child or spousal support order requires a material change of circumstances that has occurred since the prior order. Fam. Code Section 3680 et seq.; C.R.C. Rule 5.260(c); see In re Marriage of West, 152 Cal. App. 4th 240 (2007). The anticipated wave of cases will focus on the supporting party's income in varying degrees. The determinative issues in assessing whether the change is material are its size and duration.

Payors who been laid-off or furloughed as a result of COVID-19 as of March 31 will lack the financial ability to comply with an existing support order, although unemployment benefits received will be considered in determining annual gross income available for child support. Fam. Code Section 4058(a)(1). In such cases, the duty to comply with an existing child or spousal support order is not suspended as easily or as quickly as the employment status. Such parties must initiate post-judgment proceedings to request a modification of the prior child or spousal support order and bear the burden of proof to show that there has been a material change to their income (In re Marriage of Bardzik, 165 Cal. App. 4th 1291, 1303 (2008)), including evidence of the loss of employment and the inability to find employment, or reasonable opportunities to obtain employment. In re Marriage of Eggers, 131 Cal. App. 4th 695 (2005).

Even if a payor suffers a loss of employment, whether a court will find that the change in income is material is not a given. The answer is even grayer if the payor is not laid off, but rather experiences a reduction of income for a temporary period. Not every change in income constitutes a material change of circumstances. There are no numerical guidelines for determining whether a change is significant, and published cases provide little insight. Generally, a change in income which results in no change or only a nominal change in support amounts based on child support guidelines would not qualify as a material change in circumstances.

In determining the amount and duration of a reduction in support, the court must focus on admissible evidence to establish foreseeable future income. In Marriage of Riddle, the court held that income may not be imputed to set a child support amount based on the payor's highest income earned in "boom years." In re Marriage of Riddle, 125 Cal. App. 4th 1075 (2005). When a payor's income fluctuates, the court must use a representative amount of immediate prospective earnings, the most recent 12-month period being appropriate in most cases. Id.

Where annual income is reduced by more than one-half, a downward modification is considered "material." In re Marriage of Mosley, 165 Cal. App. 4th 1375 (2008). In Marriage of Mosley, former husband was terminated from his job as a partner at a large law firm, and took an in-house position at a real estate company that paid him a fraction of his former income as base salary, with a significant portion of his income payable as a discretionary year-end bonus. Id. at 499-500, 1381-82. Husband was using the majority of his net monthly take-home pay from his base salary to pay the existing support obligations, and had to borrow to cover his monthly living expenses for most of the year in the hopes of receiving a year-end bonus that would permit him to repay the debt, before embarking on the same desperate cycle again the subsequent calendar year. It was an abuse of discretion for the trial court to base the support obligations on the expected receipt of a huge bonus that might never materialize, especially given the precarious state of the real estate market at the time. The issue for determination in such cases is whether the payor's past earnings accurately reflect prospective earnings, and the court must predict likely income for the immediate future. In Mosley, the court concluded that the year-end bonus was a mere expectancy, and base support should consider husband's new base salary alone with a methodology to calculate a percentage of additional child and spousal support on husband's year-end bonus, if and when received. See In re Marriage of Ostler & Smith, 223 Cal. App. 3d 33 (1990).

High earners seeking a reduction in child support may be subject to a different treatment. In Marriage of Usher, father was a high-income earner under Family Code Section 4053(b)(3), with earnings of approximately $4.25 million a year during the parties' marriage, and substantial assets in cash, investment funds, and real and personal property. In re Marriage of Usher, 6 Cal. App. 5th 347 (2016). The parties' judgment provided that the child support amount deviated from guideline and the child's needs would be adequately met by the stipulated amount. When father's income subsequently decreased from $350,000 to $70,106 per month, he sought a reduction in support, and stipulated to a 1% rate of return on investments. The court held that a reduction would fail to meet the child's reasonable needs, which had not diminished since the judgment was entered. The court's decision focused on father's access to substantial ($67.0 million) assets that were available to satisfy the existing order. A payor cannot not shirk his child support obligation by, "under- utilizing income-producing assets." Id. at 363, 389.

Another take-away from Usher: If a high-income earner has experienced a reduction in income but has sufficient additional liquid funds that she or he could invest in other ways, a court may impute a reasonable rate of return on investments with the goal of issuing a child support order that allows the child to enjoy a lifestyle which the payor agreed to provide in a prior order, and which the payor can afford to provide even with the reduction in income.

It is an open issue as to how the lack of access to courts will affect retroactivity and the duty to comply with existing orders. With "safer at home" regulations currently in place in California, courts state-wide are closed for most purposes, delaying non-urgent matters until further notice. If parties file a request to modify support during this period, it is impossible to know when they will get their day in court. In the meantime, their support orders are not suspended. An important component of a moving party's request should be an order to make the modification retroactive.

The retroactivity date varies depending on whether the modification request involves a spousal or child support order. Marriage of Usher. An order modifying or terminating a child or spousal support order generally may be made retroactive only to the date of filing the request for order or notice of motion to modify or terminate. Fam. Code Section 3653(a); Marriage of Gruen, 191 Cal. App. 4th at 638. In addition, an order modifying or terminating a child support order due to the unemployment of either parent may be made retroactive to the date of filing of the request for order or the date of unemployment, whichever is later, unless the court finds good cause not to make the order retroactive and states its reasons on the record." See Fam. Code Section 3653(a)-(b).

For example, when a payor is laid off from employment due to an economic downturn and no fault of his own, and is making good faith efforts to produce a higher income, a court has held that the modification order was retroactive to the date of the hearing, and not the date of filing of the request for order, where the payor had other financial resources and the needs of the children would make retroactivity inappropriate and unfair. In re Marriage of Leonard, 119 Cal. App. 4th 546 (2004). The focus in determining whether good cause exists requires a balancing of interests, with the primary focus being to ensure, if possible, that "children actually receive fair, timely, and sufficient support." Id. at 489, 559-60. Courts must evaluate the children's needs and potential hardship to them from retroactive reduction or termination of child support, together with then-existing financial circumstances of both parents. Where the supporting parent has other resources and overall assets, a court will be more inclined to safeguard against a demonstratable hardship to the child and deny the retroactivity. Id.

As COVID-19 continues to claim victims by the minute, payors suffering from the repercussions of its resulting economic shock should protect themselves by filing a request to modify an existing child or spousal support, and do so quickly, to preserve their right to the full retroactivity period available by law. 