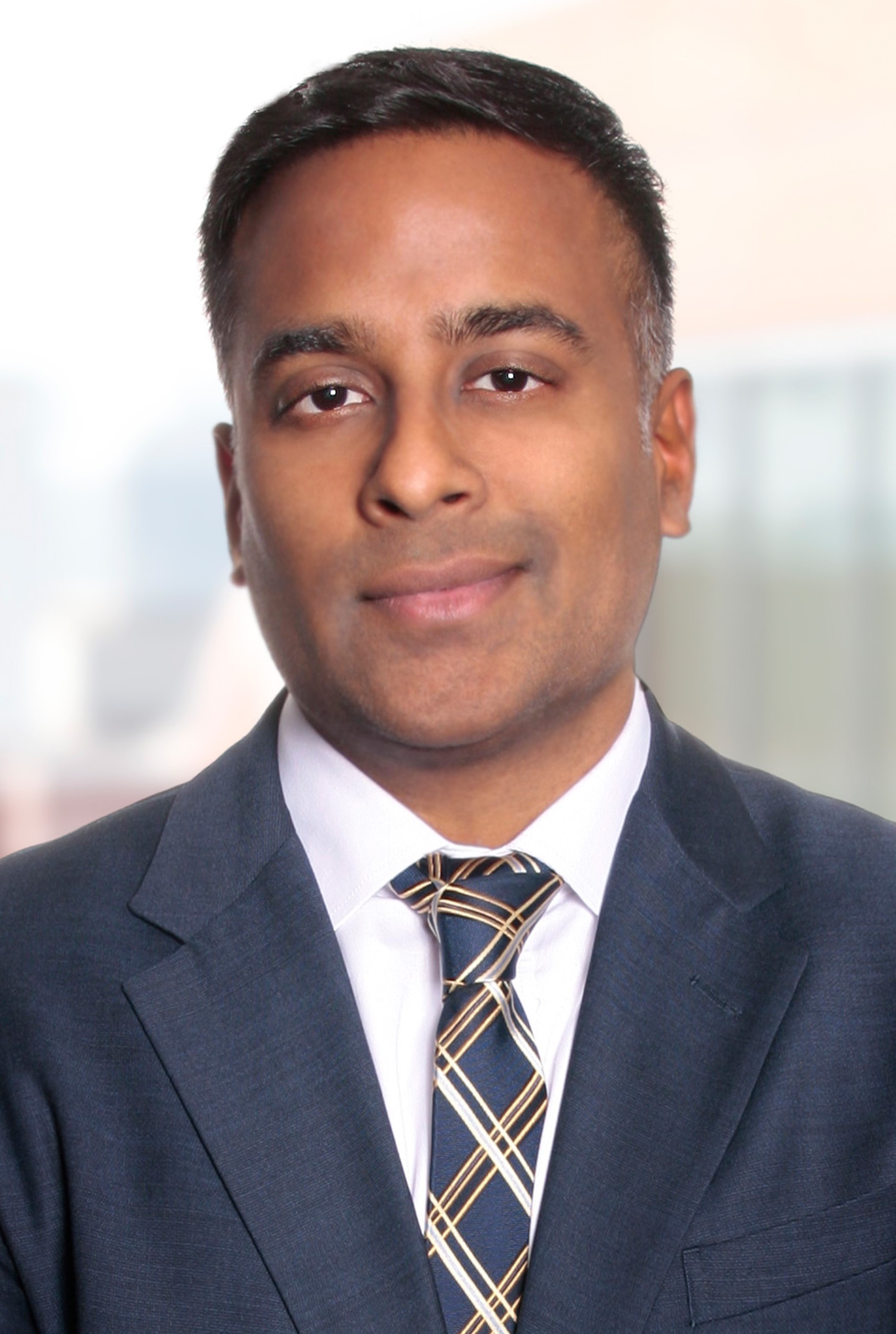 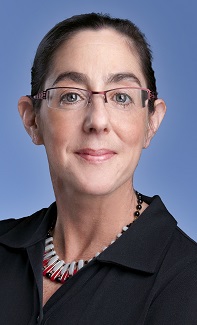 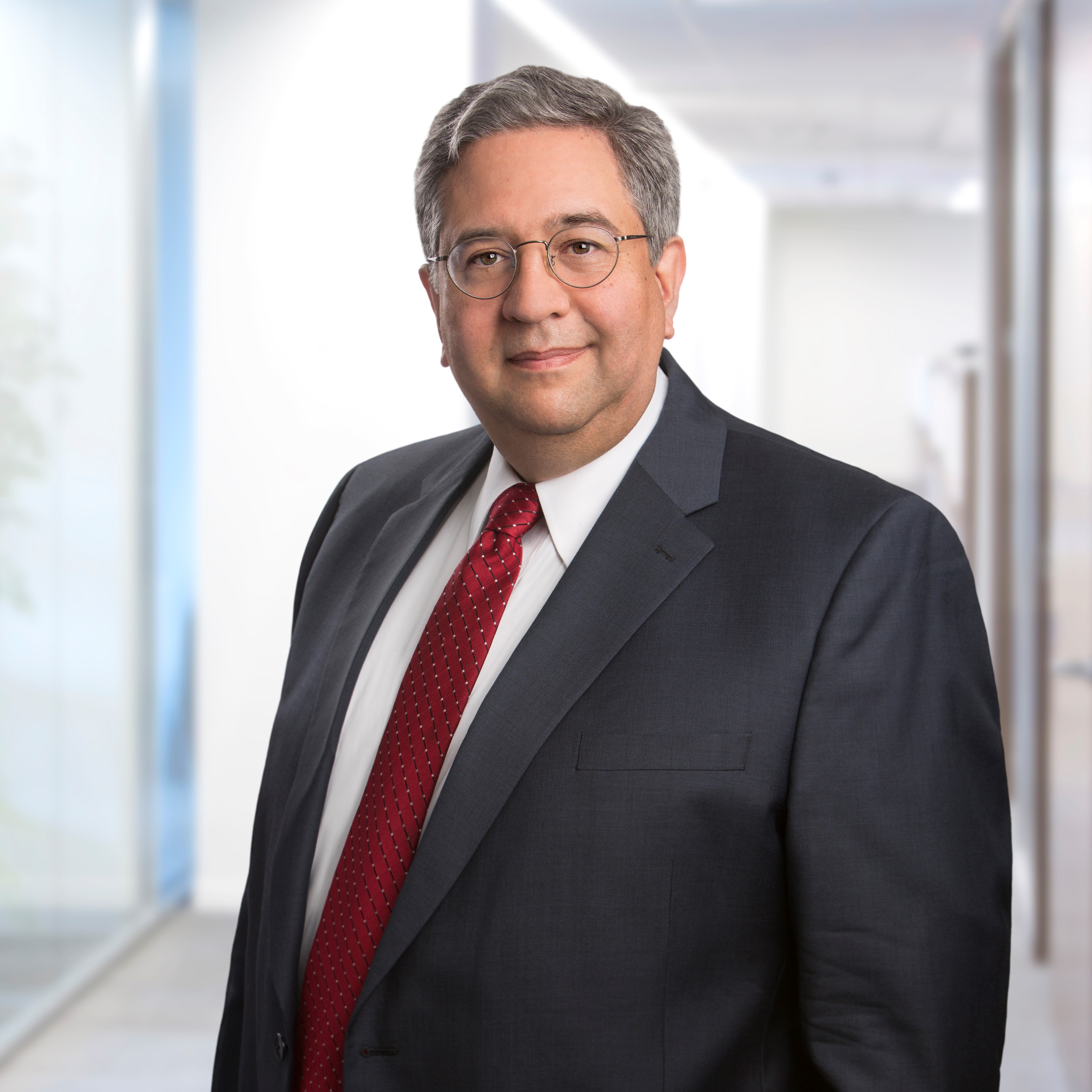 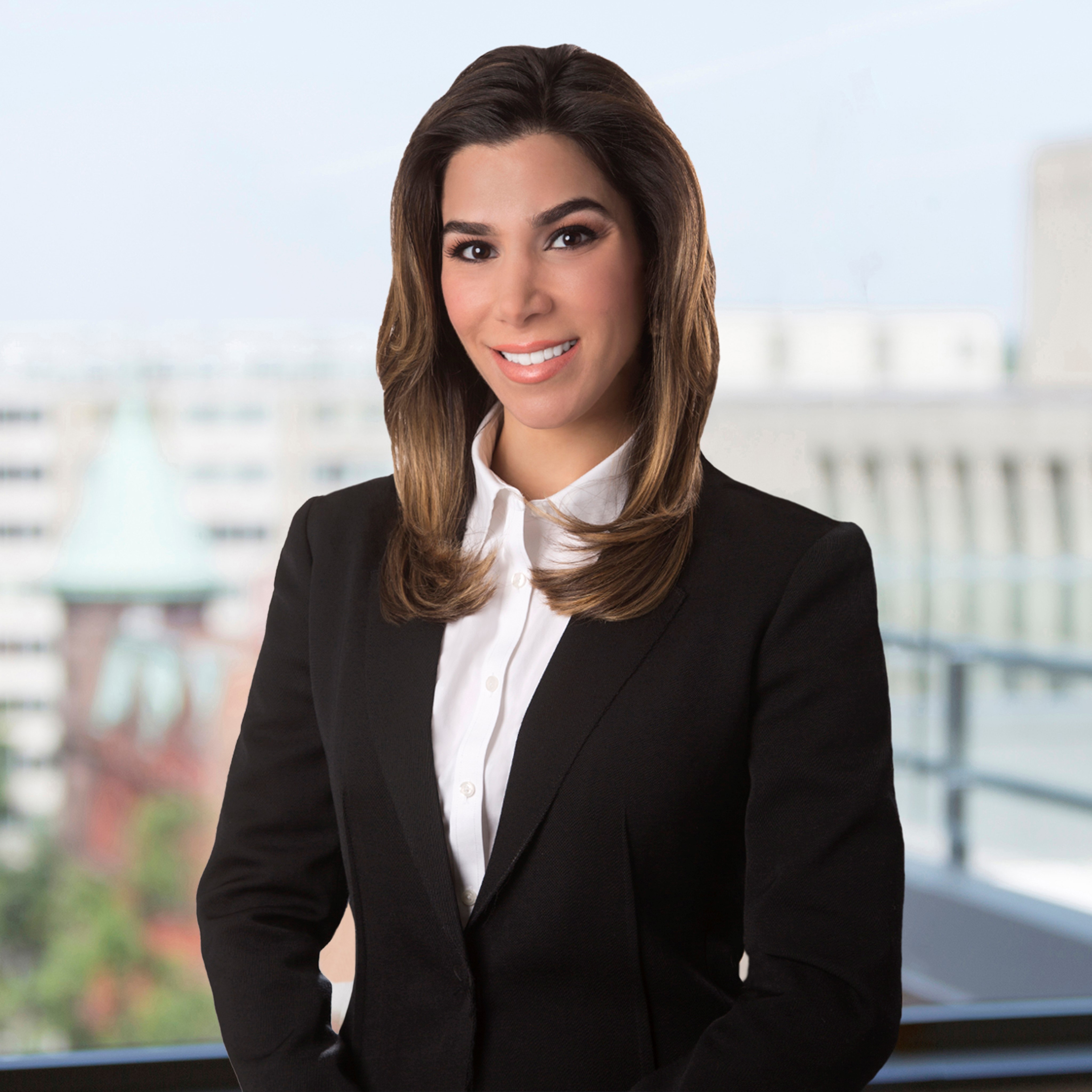 Thousands of fraud cases requiring proof of an intent to defraud have been charged in federal courts in California and the eight other states within the jurisdiction of the 9th U.S. Circuit Court of Appeals. The intent-to-defraud requirement is a critical element to separate criminal conduct from commonplace business and social practices and norms.

The 9th Circuit's recent decision in United States v. James Miller, 953 F.3d 1095 (9th Cir. 2020), invalidated the circuit's model jury instruction defining "intent to defraud" because it failed to require proof of a specific intent to cheat -- that is, to deprive a victim of money or property by means of deception. The Miller decision calls into question the sufficiency and validity of countless criminal convictions. Cases out of the 3rd, 5th, 6th, 10th and 11th U.S. Circuit Courts of Appeals, which consist of another 19 states and use a similar jury instruction, potentially suffer from the same defect.

The onset of the COVID-19 crisis has largely overshadowed the Miller decision. This article provides guidance for legal practitioners, as well as companies and individuals who have been convicted of, or face prosecution under, a fraud-based offense requiring an intent to defraud as an element.

Pre-Miller Interpretation of the Intent-to-Defraud Standard

To convict on mail or wire fraud, for example, a prosecutor could rely exclusively on an intent to deceive and all the prosecutor had to show or argue is that some statement or representation was knowingly false. A prosecutor did not need to show that a defendant also acted "to deprive a victim of money or property by means of those deceptions." Depending on the case, the additional burden for the government to prove an intent to cheat beyond a reasonable doubt might mean the difference between an acquittal and a conviction.

To underscore the distinction, deception does not necessarily involve an intent to cause harm or injury to a purported victim. For example, in requiring deception and the intent to cheat to sustain a mail fraud conviction, the 7th Circuit overturned the conviction of a sports agent who had allegedly defrauded the NCAA, "not by stealing its property, but by inducing college athletes to sign secret representation contracts in violation of [NCAA] rules." Miller, 953 F.3d at 1101 (discussing United States v. Walters, 997 F.2d 1219 (7th Cir. 1993)). Although it was conceded that the defendant engaged in deception, he did not actually cheat the NCAA out of money or property by virtue of his deception. See id. at 1101-02; Walters, 997 F.2d at 1227.

Consistent with the definition of "intent to defraud" in the 2nd, 4th, 7th and D.C. Circuits, Miller overruled prior decisions and squarely held that the wire fraud statute (18 U.S.C. Section 1343) requires the intent to deceive and cheat. In other words, the government must prove beyond a reasonable doubt that the defendant intended to deprive the victim of money or property by means of deception. Deception alone or even the victim's loss of money as a byproduct of the defendant's actions is not enough.

Defendants charged with fraud-based crimes requiring an intent to defraud who are pending trial may strategically leverage Miller to gain tactical advantages against the government.

For example, a carefully drafted motion highlighting how a grand jury must have been improperly instructed on the elements of a charged offense prior to Miller, may allow for potential insights into the otherwise secretive grand jury proceedings underlying an indictment. Although there is a presumption of regularity in grand jury proceedings and only egregious instructional errors will suffice, depending on the circumstances of a case, a successful motion may allow the defense to review grand jury transcripts and further identify and expose errors or prosecutorial misconduct. For example, in United States v. Stevens, 771 F. Supp. 2d 556 (D. Md. 2011), the trial court ordered disclosure of the government's legal instructions to the grand jury and then dismissed the indictment, where the government had mis-instructed the grand jury on whether the defendant's good-faith reliance on the advice of counsel was relevant to the grand jury's determination of whether she had criminal intent. See id. at 564-68.

Similarly, filing a motion for a "bill of particulars" may expose deficiencies in the government's theory of fraud or otherwise narrow the available evidence the government may use at trial to prove an intent to cheat. These and similar steps can increase the odds of acquittal or dismissal of charges. For instance, although the dismissal in Stevens was without prejudice, it highlighted for the court a fundamental flaw in the government's theory of intent. The court ultimately granted Stevens' mid-trial motion for judgment of acquittal under Federal Rule of Criminal Procedure 29(a). See United States v. Stevens, No. 10 Cr.694 (RWT), Dkt. No. 194 (D. Md. May 13, 2011).

To the extent these cases proceed to trial, defense counsel should be prepared to submit proposed jury instructions that conform to the standard set out in Miller. And it will be critical to object to any applicable 9th Circuit model jury instructions that continue to define the intent-to-defraud element without affirmatively requiring an intent to cheat. This objection is particularly apt to be styled as a failure of proof at the Rule 29 stage.

The decision in Miller also is applicable to cases on direct appeal. That is because binding precedent in a criminal case is "applied retroactively to all cases ... pending on direct review or not yet final." See Griffith v. Kentucky, 479 U.S. 314, 328 (1987).

Where a defendant has failed to preserve a Miller challenge, which would have required a specific objection to the model jury instruction's definition of "intent to defraud," the plain error standard applies. See Johnson v. United States, 520 U.S. 461, 465-66 (1997); Fed. R. Crim. P. 52(b). (For defendants who affirmatively objected to fraud instructions that used the "deceive or cheat" rather than "deceive and cheat" formulation, reversal is required unless the government can show "beyond a reasonable doubt that the error complained of did not contribute to the verdict obtained." Neder v. United States, 527 U.S. 1, 15 (1999) (quoting Chapman v. California, 386 U.S. 18, 24 (1967)).

For cases pending on direct appeal, if the applicable jury instructions or proof at trial did not require or demonstrate the intent to cheat, the government will not be able to rely on the argument that the error was not plain at the time of trial. The Supreme Court has held that "whether a legal question was settled or unsettled at the time of trial, it is enough that an error be 'plain' at the time of appellate consideration." Henderson v. United States, 133 S. Ct. 1121, 1130-31 (2013). Counsel therefore should focus on how an essential element of the crime(s) charged resulted in a conviction without substantial proof of the specific intent to deprive the alleged victim of property. Depending on the circumstances, it also may be appropriate to argue that it is impossible to determine whether the jury impermissibly convicted solely on the basis of false representations or deception.

Failure of proof at trial with respect to the intent to cheat would warrant a judgment of acquittal, while a conviction based on an incorrect instruction may yield a new trial. See, e.g., McDonnell v. United States, 136 S. Ct. 2355, 2375 (2016) (on remand after reversal for jury instruction error, if the court determines the evidence was sufficient to convict under the correct theory it should set the case for new trial; if instead the evidence was insufficient, "the charges against him must be dismissed"); United States v. Silver, 948 F.3d 538, 569-70, 572-75 (2d Cir. 2020) (reversing convictions for jury instruction error under McDonnell and remanding for new trial on those counts for which the evidence was sufficient and for entry of judgment of acquittal on those for which evidence was insufficient).

Errors raised on collateral review (where a defendant is attacking a sentence or conviction other than through direct appeal) are reviewed under a more difficult harmless error standard.

Complicated issues underlie the availability of collateral relief, including the threshold question of whether the Supreme Court has announced a new rule concerning the intent-to-defraud element for a particular fraud-based offense (e.g., bank fraud versus securities fraud), when that rule was announced, and whether such a rule is substantive or procedural. See Teague v. Lane, 489 U.S. 288 (1989); Welch v. United States, 136 S. Ct. 1257, 1264 (2016) (assuming that "the Teague framework applies in a federal collateral challenge to a federal conviction").

Even if a new rule is determined to be substantive in nature, meaning that the Supreme Court has defined "intent to defraud" in a manner that creates the risk that individuals convicted before the new rule was announced were convicted of a non-existent offense, a defendant seeking redress must overcome several other hurdles to obtain collateral relief. First, strict time limits apply to these challenges. See, e.g., 28 U.S.C. Section 2255(f) (one-year period of limitation on motions in federal cases collaterally attacking sentence). Second, failure to raise the issue in earlier proceedings may result in procedural default, such that a later challenge is unavailable. See, e.g., United States v. Frady, 456 U.S. 152, 167 (1982); cf. McQuiggin v. Perkins, 569 U.S. 383, 392-93 (2013) (citing Kuhlmann v. Wilson, 477 U.S. 436 (1986) and McCleskey v. Zant, 499 U.S. 467 (1991)). And third, prior or successive requests for collateral relief may also preclude a future challenge. See, e.g., 28 U.S.C. Section 2255(h).

Requiring an intent to defraud for fraud-based offenses helps distinguish truly criminal conduct from generally accepted or commonplace business practices. The 9th Circuit's invalidation of its own model jury instruction concerning the intent to defraud means prosecutors will be required to show distinct proof of an intent to deprive a victim of money or property by virtue of deceptive statements or conduct. This new standard affects pending cases and prior convictions. Wrongfully convicted defendants may be entitled to relief depending on the circumstances of their cases. But time is of the essence. Affected parties should consider consulting with an attorney experienced with these fraud-based offenses and federal appellate procedure to determine next steps. 