The FDA and qualified health claims: a case study 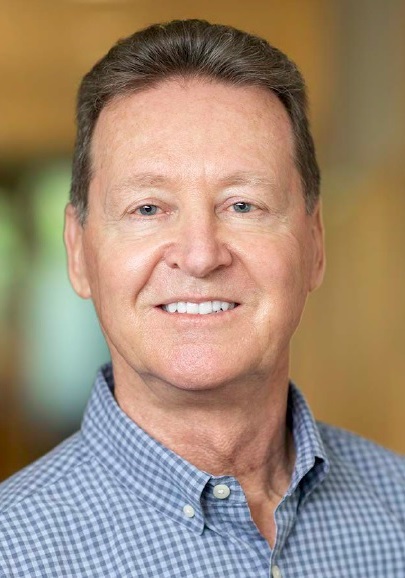 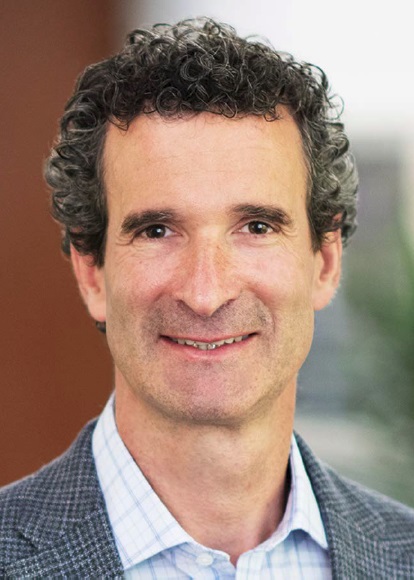 Jamie is a partner in the firm's life sciences practice, where he represents manufacturers and distributors of products that are extensively regulated by the FDA, including medical devices, drugs, biologics, food, cannabis, dietary supplements, and cosmetic products. Before joining the firm, Jamie led the FDA and health care life sciences practice at Arent Fox in Washington. 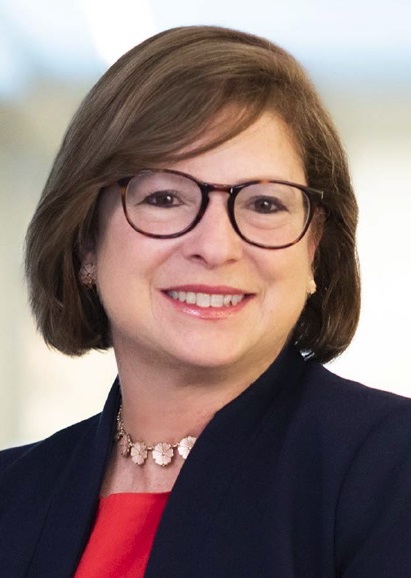 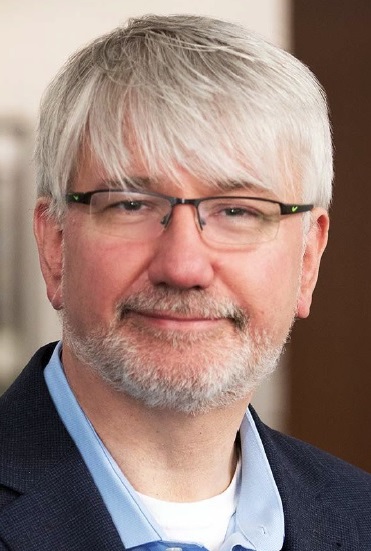 Charles is senior counsel in the firm's Patents and Innovations Strategies practice and the firm's U.S. Food and Drug Administration, Healthcare, and Consumer Products Compliance practice.

AHCs, as discussed below, must meet the higher SSA standard (significant scientific agreement) before the AHCs can be included on the packaging of a dietary supplement or food. AHCs are rare. In contrast, QHCs must meet a lower scientific standard, with the QHC including a disclaimer that will have been pre-determined to be acceptable to the U.S. Food and Drug Administration, or the FDA.

The FDA does not authorize QHCs, but rather exercises its enforcement discretion so long as the manufacturer uses pre-agreed upon QHC language, including a disclaimer, on the packaging of a food or dietary supplement. The FDA is comfortable using enforcement discretion because, among other things, the disclaimer warns the consumer of limitations inherent in the QHC.

A good case study in AHCs and QHCs started with a petition to the FDA on behalf of Ocean Spray Cranberries, Inc., for an AHC. As discussed below, the FDA reviewed the evidence in support of an AHC and determined that the evidence did not meet the higher SSA standard. The agency then asked if Ocean Spray would consider having its health claim petition evaluated as a QHC petition. Ocean Spray agreed, leading ultimately to the FDA indicating its intent to exercise enforcement discretion for certain QHCs enumerated in a letter the agency issued to Ocean Spray. We provide background on health claims, present the case study, and discuss relevant takeaways.

Health claims can help consumers make better choices in foods and dietary supplements. For example, a health claim can alert consumers who have, or are at risk for having, osteoporosis, that adequate amounts of calcium and vitamin D may help to prevent osteoporosis. Many consumers, while intelligent lay persons, my not understand the biochemistry of how certain ingredients in foods or dietary supplements may contribute to maintaining health. Health claims can thus help consumers make informed choices that may benefit consumer health, so long as the health claims are truthful and non-misleading, and the degree of scientific evidence supporting the health claim is adequately presented. This, in part, is why the FDA and the law, in certain circumstances, allow health claims.

1) Must contain the elements of a substance and a disease or health related condition;

2) Are limited to claims about disease risk reduction;

3) Cannot be claims about the diagnosis, cure, mitigation or treatment of a disease;

4) Are required to be reviewed and evaluated by the FDA prior to use.

To be approved by FDA, AHCs must meet the SSA standard such "that the claim is supported by the totality of publicly available scientific evidence for a substance disease relationship." Meeting the SSA standard is difficult, so AHCs are rare -- with the FDA having authorized only 12 AHCs since 1990. An example of an AHC reads: "Adequate calcium and vitamin D as part of a healthful diet, along with physical activity, may reduce the risk of osteoporosis later in life."

QHCs on the other hand must be supported by some scientific evidence and must include a disclaimer to accurately communicate the level of scientific evidence supporting the QHC. QHCs do not meet the SSA standard. The FDA exercises its enforcement discretion on QHCs, based on the idea that "disclaimers [which accompany the QHC] will remedy any potential harm caused by publishing [potentially] misleading claims."

In both 2006 and 2009, the FDA published guidance relating to QHCs: "FDA's Implementation of Qualified Health Claims" and "Evidence-Based Review System for the Scientific Evaluation of Health Claims," respectively). To evaluate QHCs, the FDA "systematically evaluate[s] and rank[s] the scientific evidence relevant to a substance/disease relationship that is the subject of a [QHC]." "Different levels of scientific evidence result in different qualifying language for a [QHC]." The FDA does not approve or authorize QHCs, but rather agrees to exercise enforcement discretion with respect to these claims when all factors are met.

For completeness, we note that manufacturers of foods and dietary supplements may also pursue structure/function claims; claims of general well-being; and claims related to a nutrient deficiency disease -- all of which are more common than AHCs or QHCs.

In general, structure-function claims "describe the role of a nutrient or dietary ingredient intended to affect the normal structure or function of the body," e.g., calcium builds strong bones. Claims of general well-being describe general well-being from consumption of a nutrient or dietary ingredient e.g., makes you feel good. Claims related to a nutrient deficiency describe a benefit related to a nutrient deficiency disease (such as a connection between the lack of vitamin C and the development of scurvy), but "such claims are allowed only if they also say how widespread the disease is in the United States."

An example of how this process works comes from the FDA's July 21 letter of enforcement discretion indicating that it will not object to QHCs for cranberry juice beverages and cranberry dietary supplements when all factors are met.

The letter describes the process that led the FDA to agreeing to exercise enforcement discretion for the QHCs related to cranberry juice beverages and dietary supplements. We briefly outline the process here, noting, because of space limitations, the relevant considerations.

In 2018, Ocean Spray submitted a petition to the FDA requesting the agency "authorize a health claim regarding the relationship between the consumption of cranberry products and the reduced risk of recurrent urinary tract infection [UTI] in healthy woman."

The FDA then communicated a request to confirm that all non-clinical laboratory trials relied upon in the petition, as well as all clinical or other human investigations relied upon, "were conducted in accordance with our current regulations with respect to good laboratory practice regulations or requirements for institutional review boards." Ocean Spray provided a petition supplement confirming that the relevant regulations had been followed.

Next, the FDA posted the petition on Regulations.gov for a 60-day comment period, received 11 comments, and considered all comments -- and references contained therein -- in evaluating the petition. The FDA started its review by identifying the substance and health related condition and the population to which the claim is targeted. The agency then reviewed the data and information provided in the petition. The FDA notes that meta-analyses, review articles, and animal and in vitro studies may be useful, but cannot by themselves support a health claim relationship. FDA also notes that it evaluates individual reports of human studies to determine whether any scientific conclusions can be drawn from each study.

Under this rubric, the FDA first identified the substance of the proposed claims. The FDA noted that all of the studies identified in this petition that evaluated reduction in risk of UTI were among healthy women with recurrent UTI who used either a cranberry juice beverage or a cranberry dietary supplement.

Next, the FDA concluded that recurrent urinary tract infection is the disease that is the subject of the proposed claims. After that, the FDA determined that e.g., that cranberry juice is generally recognized as safe, aka GRAS, based on a long history of its use in food.

After that, the FDA binned the studies into groups, evaluated the studies, and then summarized the conclusions drawn from these studies. The agency noted it could not make scientific conclusions from the review articles, meta-analyses, and other background materials, as well as in vitro and ex vivo studies, and animal studies. Then, the FDA looked at human intervention studies based on cranberry juice and cranberry dietary supplements. Based on their review of the evidence, the FDA concluded that there is "some scientific evidence that is credible suggesting a relationship between consumption of a cranberry dietary supplement [and cranberry juice beverage] and reduced risk of recurrent UTI among healthy women with a history of UTI." The FDA also stated that for the "purpose of this qualified health claim, the FDA intends to exercise its enforcement discretion only for certain cranberry juice beverages." The FDA qualified the levels of intake necessary for the QHC for cranberry juice beverages and dietary supplements. And finally, the FDA notified the petitioner that it intends to consider exercising its enforcement discretion for the qualified health claims outlined in the petition when all factors for enforcement discretion are met.

An example of a QHC for which the FDA intends to exercise enforcement discretion is:

Consuming one serving (8 ounces) each day of cranberry juice beverage may help reduce the risk of recurrent UTI in healthy women. FDA has concluded that the supporting evidence of this claim is limited and inconsistent.

This is an interesting case study for several reasons. First, Ocean Spray's petition was crafted and structured in such a way that if it did not meet the SSA standard, it could be adapted to pursue a QHC. Building in a backup position is worth consideration.

Next, the petitioner was clear about the substance identification (cranberry juice beverage or dietary supplement), the safety of these substances (GRAS), and the health-related condition (UTI) and subject population (healthy women) for which the risk could be lowered. This clarity is an important aspect of successful petitions.

Also, inclusion of a wide variety of studies, and the relative weighing accorded these studies by the agency, is informative. A petitioner should understand the types of studies to which the FDA will accord weight, and make sure there are sufficient numbers of these studies in a petition.

Further, in crafting their petition, Ocean Spray appeared to anticipate at least some of the comments raised in the comment period. Anticipating comments that may be asked and including material that -- in advance -- could at least partially address the comments is strategically recommended.

Also, the time frame for arriving at a successful conclusion (enforcement discretion of QHCs) is worth noting. Petitioners should be prepared for, in some instances, a multiyear process.

Finally, petitioners should consider how any disclaimer will color the health claim, and if the offset caused by the disclaimer still makes the health claim attractive. For all of these reasons, this is a worthwhile case study. 