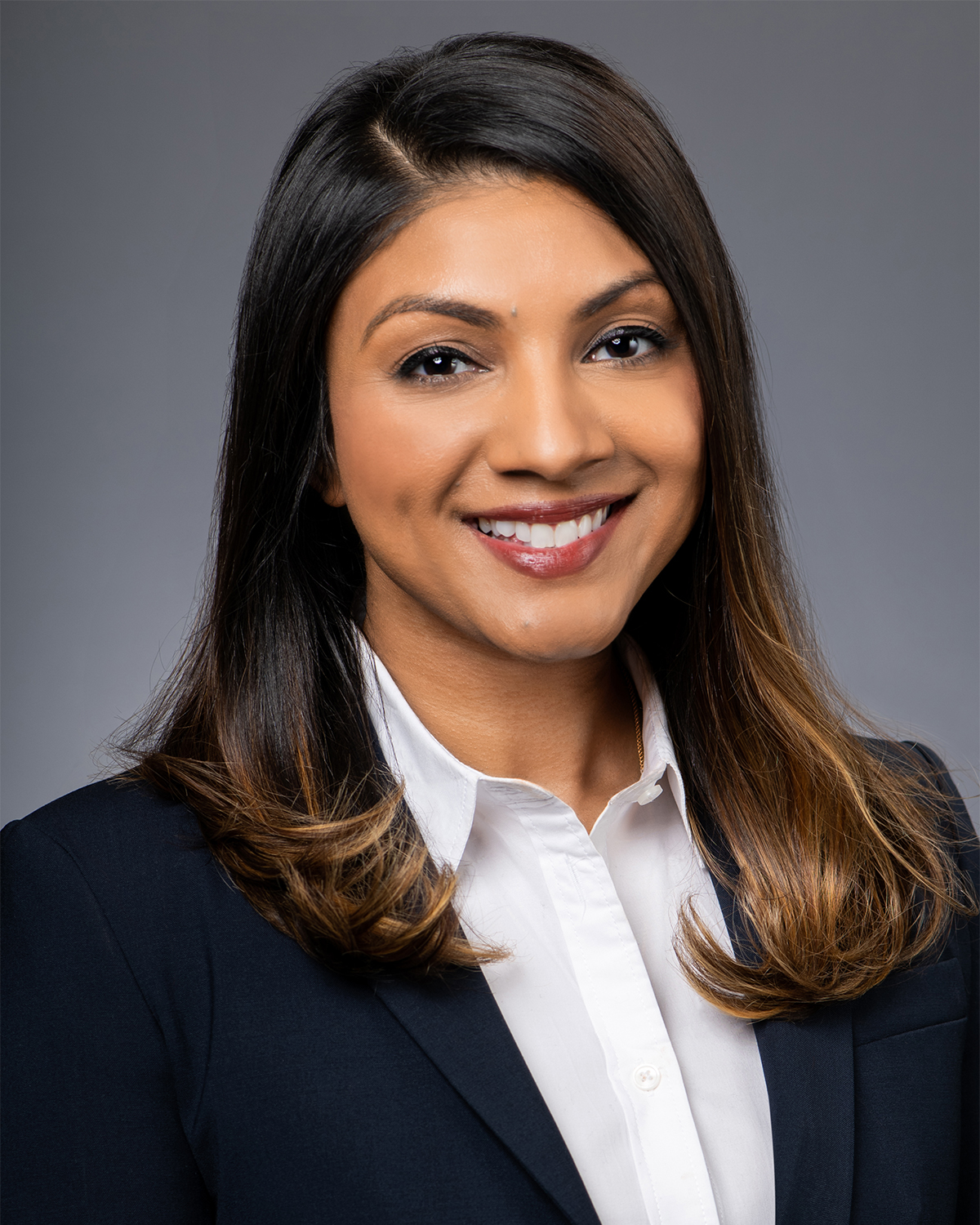 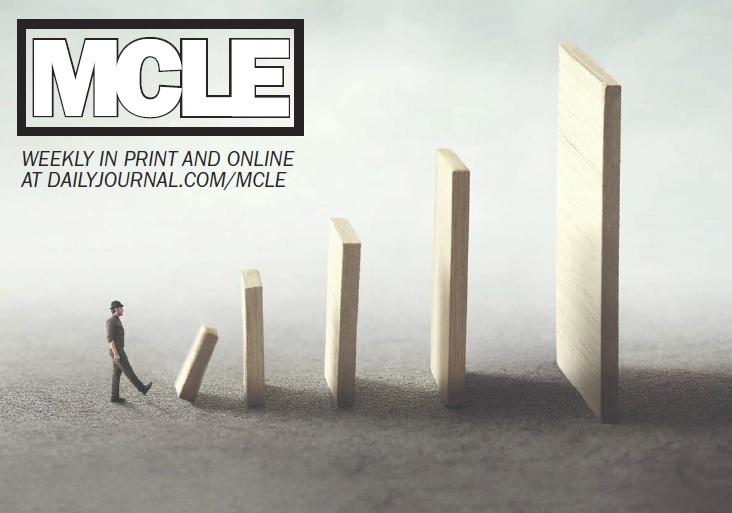 The amount of attorney fees that are likely to be incurred during litigation is often an important factor in performing the cost-benefit analysis of proceeding versus settling a given dispute. When a company receives a demand letter warning it that a consumer class action is being considered for alleged false labeling or false advertising practices, a company may be inclined to change its labeling and advertising in order to moot the suit. The company should be aware, however, that in certain circumstances this can actually trigger a right to attorney fees under the "catalyst theory." This article provides some helpful background on California's catalyst theory of attorney fees, and offers some takeaways for any business faced with a private lawsuit that seeks to enforce a public interest.

What Is the Catalyst Theory?

Under the "American Rule," each party to a lawsuit is generally responsible for paying its own attorney fees, unless a specific statute provides otherwise. One such statute is California's Private Attorneys General Statute, codified in California's Code of Civil Procedure at Section 1021.5. Under Section 1021.5, a successful litigant may qualify for an award of attorney fees provided that three requirements are met: (1) the action resulted in the enforcement of an important right affecting the public interest; (2) a significant benefit was conferred on the general public; and (3) the necessity and financial burden of private enforcement were as such to make the award appropriate. The purpose behind this statute is that private lawsuits are sometimes necessary to enforce important public policies. Thus, the prospect of an award of attorney fees is meant to motivate meritorious plaintiffs and their counsel to seek a benefit on behalf of a broad class of citizens.

As a slight variation on Section 1021.5, the California Supreme Court has endorsed the catalyst theory under which a plaintiff may receive attorney fees if he or she can establish that the lawsuit motivated a defendant to voluntarily provide the relief sought in the lawsuit. Under this theory, a plaintiff may qualify for an award of fees even if the case does not reach a trial and verdict. In two seminal opinions, Graham v. DaimlerChrysler Corp, 34 Cal. 4th 553 (2004), and Tipton-Whittingham v. City of Los Angeles, 34 Cal. 4th 604 (2004), the California Supreme Court determined that a plaintiff can be "successful" within the meaning of Section 1021.5 if: (1) the lawsuit was a catalyst motivating the defendants to provide the "primary relief" sought; (2) the lawsuit had "merit" and achieved its catalytic effect by "threat of victory, not by dint of nuisance and threat of expense"; and (3) the plaintiff reasonably attempted to settle the litigation prior to filing the suit.

The thrust of the catalyst theory is that a plaintiff has a litigation position so strong that it compels the defendant to change its conduct rather than face a probable judgment against it. Illustrating this principle, in Graham, after the plaintiff filed its lawsuit, defendant DaimlerChrysler acknowledged that it made misrepresentations about the towing abilities of the trucks it sold and agreed to replace or repurchase those trucks from buyers who demanded that remedy. The plaintiff was then awarded with attorney fees under the catalyst theory because, even though the case did not result in a judgment, the court found that DaimlerChrysler's acknowledgment of wrongdoing and subsequent remedial action was motivated by the plaintiff's lawsuit. Similarly, in Tipton, the Los Angeles Police Department voluntarily instituted changes in response to race/sex discrimination evidence while the suit was pending, which resulted in the plaintiff receiving fees under the catalyst theory.

In ascertaining whether a plaintiff's lawsuit was the catalyst for a defendant's change in conduct, courts require that plaintiffs prove a nexus between the merits of their lawsuit and the defendant's change in conduct. Coal. for a Sustainable Future in Yucaipa v. City of Yucaipa, 238 Cal. App. 4th 513, 522 (2015). Catalyst fees will not be awarded if a defendant's voluntary change has nothing to do with the plaintiff's lawsuit. Similarly, the requirement that plaintiff must achieve its "primary relief sought" is premised on the idea that a plaintiff cannot be rewarded for an outcome it never sought in the lawsuit. For example, in April, 2020 in Gordon v. Tootsie Roll Indus., Inc., 18-56315 (9th Cir. April 13, 2020) (unpublished), the 9th U.S. Circuit Court of Appeals denied attorney fees to a plaintiff although defendant Tootsie Roll made label changes to its products in the midst of litigation. Plaintiff alleged that defendant Tootsie Roll's candy box sizes were misleading because the amount of candy inside the package was disproportionate to the size of the box (commonly known as a "slack fill" lawsuit). During litigation, Tootsie Roll added to the front panel of its Junior Mints and Sugar Babies boxes the words "ACTUAL SIZE" under depictions of the candy contained inside, stated on that panel the number of pieces inside, and moved the words from the back to the front. The 9th Circuit reasoned that the plaintiff failed to achieve its primary relief because she did not seek relief in the form of label changes and that she disclaimed that product labeling would address her concerns, i.e., the box sizes of the products. This decision was a significant development under California catalyst theory guidance because it essentially articulated that a defendant's voluntary change that was never sought by a plaintiff cannot operate as the basis for catalyst fees.

Voluntary Change Must Be Motivated by Threat of Victory, Not By Dint of Nuisance and Expense

Another key requirement is that the defendant's voluntary change be motivated because the "lawsuit had merit and achieved its catalytic effect by threat of victory, not by dint of nuisance and threat of expense." Tipton-Whittingham, 34 Cal. 4th at 608. A defendant's change of conduct can often be attributed to a host of reasons, including the desire to avoid protracted litigation or maintaining the company's image -- it is not necessarily an admission of wrongdoing. Often, businesses will preemptively make changes to their packaging in an abundance of caution in response to general litigation trends in their industry. Therefore, courts impose the burden on plaintiffs to prove that their particular lawsuit was meritorious and threatened a probable judgment against the defendant. This requirement is designed to prevent an award of attorney fees to a plaintiff who coincidentally may have initiated litigation while a defendant was already in the process of making changes to its practices.

Plaintiff Must Attempt to Settle Short of Litigation

The purpose of the catalyst theory is to encourage plaintiffs to discontinue litigation after receiving through the defendant's acquiescence the remedy they initially sought. To effectuate this purpose, California courts require a plaintiff to demonstrate that they made reasonable attempts to settle the suit short of litigation. Abouab v. City & Cty of San Francisco, 141 Cal. App. 4th 643, 666 (2006). What is or is not a "reasonable" settlement attempt may vary on a case by case basis. However, courts require that the plaintiff must complain or notify the defendant about their failure to comply with the law in a timely manner prior to filing suit. Grimsley v. Bd. of Supervisors, 169 Cal. App. 3d 960, 966 (1985). Additionally, the fundamental objective of the private attorney general doctrine is to encourage suits that benefit a broad class of citizens. Millview Cty. Water Dist. v. State Water Res. Control Bd., 4 Cal. App. 5th 759 (2016). Therefore, whether or not a plaintiff intended to act as a true private attorney general for the broader public good could depend on the extent to which the plaintiff genuinely sought an out-of-court remedy on behalf of the class he or she represents.

• Because an award of catalyst fees requires pre-suit efforts to resolve the dispute short of litigation, plaintiffs will often initiate the action with a demand letter to the defendant. The demand letter should outline the plaintiff's allegations as well as the specific remedy sought so that a defendant has a reasonable opportunity to respond.

• Lastly, businesses should carefully document changes to their practices and policies both before and after receiving a demand letter as they will likely constitute evidence of whether or not a lawsuit was a "catalyst" for the change. A plan of action that was set in motion long before receipt of the demand letter could effectively negate the causal chain and preclude catalyst attorney fees. 