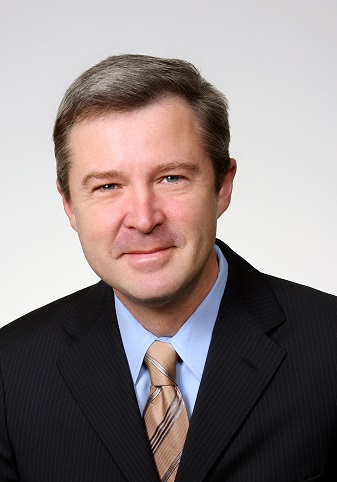 David provides general education law counsel to educational institutions and advises schools and colleges on issues impacting labor and student matters. He is a member of the National Association of College and University Attorneys and a member of the California Council of School Attorneys. 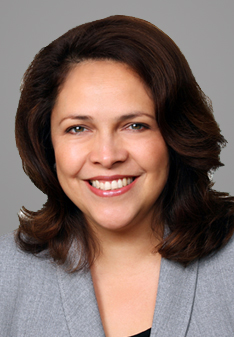 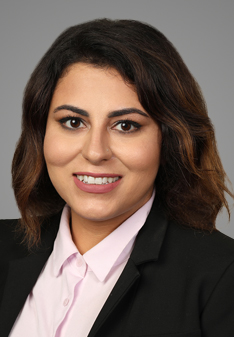 On May 6, the Department of Education issued the new final Title IX regulations with a firm deadline of Aug. 14 for educators to comply. The Department announced that it "define[d] sexual harassment ... [and] restore[d] due process on campus." Education institutions that have received federal funds had three months to understand and implement a host of new rules and requirements imposed by the new regulations. The Department of Education's deadline remained unchanged despite concerns from administrators who were still grappling with how the 2020-2021 academic year was going to look in light of the COVID-19 pandemic.

The Title IX regulations apply the 1999 Supreme Court standard for defining "sexual harassment" and impose a complex adversarial adjudication process to respond to formal complaints. Attorneys general from 17 states, including California, and the District of Columbia filed one lawsuit, and the state of New York filed a separate lawsuit, seeking to block the regulations from taking effect. Just days before the rules were set to become law, the courts in both cases denied requests for a stay pending the outcome of the lawsuits.

Now, almost three weeks after the regulations took effect, administrators at schools and colleges subject to Title IX are struggling to understand and implement the new rules which establish a grievance process that applies to both students and employees. The grievance process will determine discipline, and will replace any existing investigation and disciplinary process for students and employees accused of sexual misconduct under Title IX. This raised participatory governance and employee negotiation issues that were difficult to address during the summer when employees were away due to COVID-19 or summer break.

This article analyzes some of the changes educational institutions must make, and identifies pitfalls to avoid in implementing the Title IX grievance process.

The new regulations require that "decision-makers" conduct evidentiary hearings to determine responsibility for Title IX violations. Decision-makers must receive intensive training, and must be free from conflicts of interest or bias as to complainants and respondents. The entity's Title IX coordinator, investigators, and others involved in the investigation process cannot fill the role of the decision-maker. While a decision-maker must rule on the relevancy of each question during the hearing process and make a determination of responsibility, this role need not be executed by an attorney. At many institutions, decision-makers will likely be educators and/or administrators.

Decision-makers must determine the relevance of cross-examination questions posed by the advisors (the complainant and respondent's representatives who need not be attorneys) before a complainant, respondent, or witness answers an advisor's questions. In doing so, the decision-maker needs to explain, briefly and simply, any decision to exclude a question as not relevant.

On its face, this rule seems simple -- questions should elicit only relevant information. But if a party (the complainant or respondent) or witness refuses to answer a relevant cross-examination question, the decision-maker must then disregard all testimony or statements provided by that party or witness, unless the decision-maker changes the relevancy ruling before reaching the determination of responsibility. Thus, the consequences of a relevancy decision on a single question could affect the outcome of the entire Title IX complaint because the Title IX grievance procedures deem the failure to answer one relevant question equal to the failure to submit to cross-examination.

Under the regulations, refusing to submit to cross-examination includes not attending the hearing, attending but not testifying, or refusing to answer any relevant questions from the opposing advisor. The new regulations require a decision-maker to disregard a party or witness statements and/or testimony if that person refuses to submit to cross-examination, even if they answer all but one relevant cross-examination question. Therefore, under the new rules, if a party or witness disagrees with a relevance determination, that individual has the choice of either (1) abiding by the decision-maker's determination and answering the question or (2) refusing to answer the question and having all their testimony and any statements they made disregarded. (A party may be able to raise this matter later as a basis for appeal.) A decision-maker cannot draw an inference about the determination regarding responsibility based solely on the absence of a party or witness from the live hearing or refusal to submit to cross-examination or to answer some of the questions.

The Institution Has the Burden of Proof and Burden of Gathering Evidence, But Its Role at the Hearing is to Appoint a Neutral Decision-Maker to Reach the Determination of Responsibility

While the education institution has the burden of proof and the burden of gathering evidence sufficient to reach a determination regarding responsibility, the institution cannot compel any witness, including any employee, to participate in the investigation or hearing. The Title IX regulation's protections against retaliation prohibit discrimination, coercion, or threats against anyone who refuses to participate in an investigation, proceeding, or hearing. Thus, schools, colleges, and universities are no longer able to order their employees to participate in the investigation under the threat of discipline for insubordination. Employees and the institution also do not have the subpoena powers that are often available during administrative hearings pursuant to Personnel Commission Rules, the Education Code, the Administrative Procedures Act, or union contracts and that are enforceable in the superior court.

Finally, because of the prescriptive nature of the regulations, institutions may find it difficult to quickly train employees to serve as decision-makers, thus forcing them to hire third parties at a time when their resources are very scarce.

Additionally, unless institutions hire third parties to serve as advisors, they will have to rely on employees to serve in that capacity. The regulations do not require that institutions provide any legal training to advisors. However, training should be considered, since layperson advisors will be faced with among other things arguments concerning the relevance of evidence in the course of cross-examination.

Other Legal Developments in this Area

As a final point, education institutions have to consider how implementation of the Title IX regulations squares with other laws in the context of sexual misconduct on campus, in particular rapidly developing areas of law affecting parties who are students. For example, new case law under Title IX addresses requirements on institutions to insure the safety of students. The 9th U.S. Circuit Court of Appeals in a case from earlier this year, Karasek v. Regents of the University of California, 956 F.3d 1093 (9th Cir. 2020), held that an alleged victim of sexual assault may not only state a private federal cause of action under Title IX in certain circumstances for failure to handle an assault complaint properly, but can also assert a Title IX cause of action for "pre-assault" claims, i.e., a lawsuit asserting among other things that the institution's policies made an assault sufficiently more likely and that the institution acted with "deliberate indifference." As to the rights of accused students, the California Courts of Appeal in the past several years have issued numerous landmark decisions articulating required procedural safeguards under principles of due process (for public institutions) and corresponding common law fair process (for private institutions). Cases include Doe v. Regents of the University of California, 5 Cal. App. 5th 1055 (2016) (requirements for a student discipline hearing), Doe v. Claremont McKenna College, 25 Cal. App. 5th 1055 (2018) (discussing when cross-examination is required), and many other published decisions.

Educational institutions have the right, and at times, the duty to address sexual misconduct that does not fall under Title IX. In doing so, they can process those allegations under their existing code of conduct standards and other policies and procedures. Whether sexual misconduct falls under Title IX or other policies and procedures, the institution must meet the applicable protections established under case law.

The new Title IX regulations have established a new adjudication process that requires that education institutions make a substantial investment of time, money, and employee resources at a time when those resources have been heavily taxed by the need to respond to COVID-19. The policies and procedures implemented by institutions to comply with the Aug. 14 deadline will likely continue to evolve. But while many stakeholders on campus may disagree with several aspects of the regulations, schools and colleges are required to comply with them unless the district courts in the District of Columbia or New York, in which the legal challenges to the regulations continue, rule otherwise. One thing to keep in mind is that due to the more restrictive definition of sexual harassment under the new regulations, many complaints will fall outside of the scope of Title IX, and institutions will continue to address those allegations under the policies and procedures consistent with California laws protecting students and employees from sexual harassment.

No doubt implementation of the new regulations will generate questions for courts to resolve, and in the meantime institutions must work to answer those questions as best they can in implementing the regulations - while at the same time striving to protect their communities and safeguard student rights. 