The ever-changing saga of the joint-employer doctrine 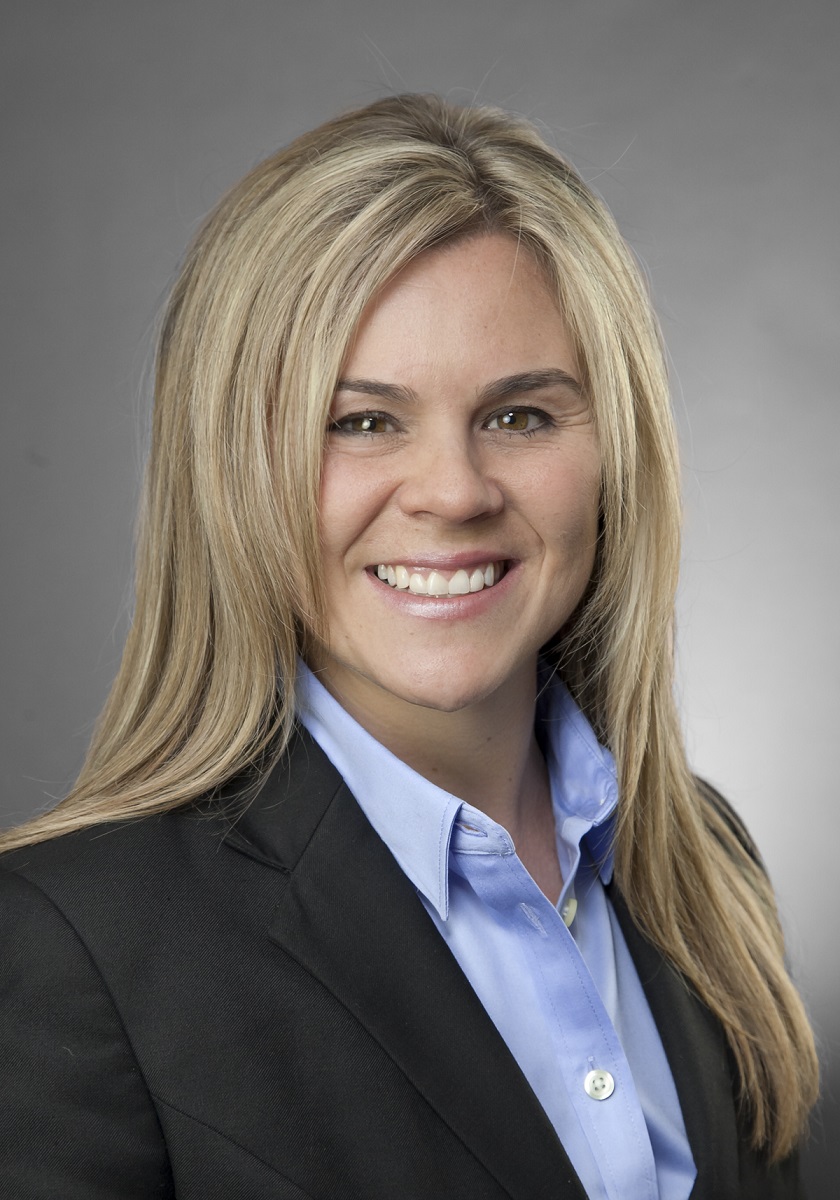 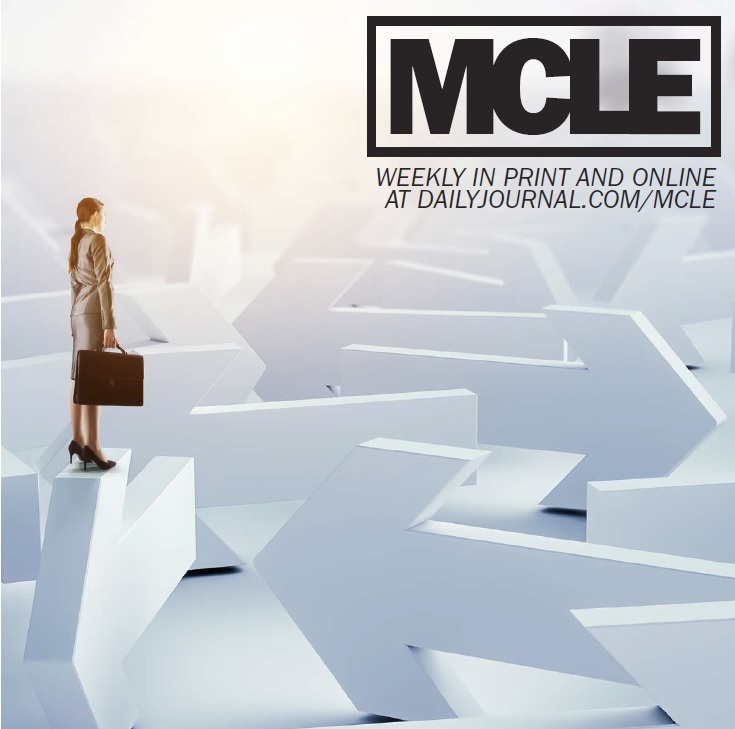 In January, the U.S. Department of Labor updated its interpretation of the joint-employer rule under the Fair Labor Standards Act. A joint employer is any additional person (i.e., an individual or entity) who is jointly and severally liable with the employer for the employee's wages. Although joint-employment relationships are most commonly found in companies that use temporary employees, staffing agencies or independent contractors, it can also apply to franchisor-franchisee and contractor-subcontractor relationships as well. The purpose of the updated rule was to promote certainty for employers and employees, reduce litigation, promote greater uniformity among court decisions and encourage innovation in the economy. The final rule became effective March 16.

The last time the DOL meaningfully addressed the joint-employer doctrine was in 1958 when it issued 29 CFR 791. It detailed that the joint-employer status depended on whether persons were "not completely disassociated" or "acting entirely independent of each other" with respect to the employee's employment. Part 791 provided three examples of when there would be a joint-employer relationship including: (1) where there was an arrangement to share the employee services; (2) where one employer was acting directly or indirectly in the interest of the other employer; or (3) where they were not completely disassociated with respect to the employment of a particular employee, may be deemed to share control of the employee, directly or indirectly, by reason of the fact that one employer controls, is controlled by, or is under common control the other employer.

Over the years, different courts have applied varying standards to determine whether a joint-employer relationship existed. This lack of uniformity led to litigation and confusion for employers.

The DOL most recently provided additional guidance as it relates to the joint-employer relationship under the Obama administration in 2014, 2015 and 2016. The 2014 guidance related to home care workers and how to apply the economic realities test in order to determine which entities, other than the consumer, might be a joint employer of a direct care worker. In 2015, an Administrator Interpretation was issued regarding the misclassification of independent contractors. The DOL used the economic realities test, which analyzes whether a worker is economically dependent on the employer, to determine whether the individual is in business for himself as an independent contractor or an employee.

The newly enacted DOL final rule provides two joint-employer scenarios under the FLSA. One is referred to as vertical joint employment and the second one is referred to as horizontal joint employment. Under the new rule, vertical employment occurs when the employee has an employer who suffers, permits or otherwise employs the employee to work... but another person simultaneously benefits from the work. Examples would include a staffing company or a franchise owner. Horizontal employment occurs when one employer employs a worker for one set of hours in a workweek, and another employer employs the same worker for a separate set of hours in the same work week.

The final rule narrowed the test for vertical employment from the economic realities test previously detailed. However, the final rule did not make any substantive changes to the standard for determining joint-employer liability for horizontal joint employment. If the employers are acting independently of each other and are disassociated with respect to the employment of the employee, each employer may disregard all work performed by the employee for the other employer in determining its liability under the FLSA.

(1) had the power to hire and fire employees;

(2) supervised and controlled employee work schedules or conditions of employment;

(3) determined the rate and method of payment; and

Ultimately, the DOL adopted the four factor balancing test derived in the Bonnett court for vertical employment. While these factors were the main points of concern, the DOL was cognizant that other factors may come into play as well. Specifically, the DOL also noted that other factors may be relevant "but only if they indicate whether the potential joint employer is exercising significant control over the terms and conditions of the employees work." The DOL was also clear that no single factor was determinative of joint-employer status. The weight provided to each factor will vary depending on the circumstances. However, the DOL also clarified that an employer's reservation of the right to take action is insufficient to garner joint employment; indirect or direct action is required for joint-employment status.

The final rule also identified certain other factors that do not make joint-employer status more or less likely under the FLSA, including:

(1) Operating as a franchisor or entering into a brand and supply agreement, or using a similar business model;

(2) The potential joint employer's contractual agreements with the employer requiring the employer to comply with its legal obligations or to meet certain standards to protect the health or safety of its employees or the public;

(3) The potential joint employer's contractual agreements with the employer requiring quality control standards to ensure the consistent quality of the work product, brand, or business reputation; and

In addition, the DOL proposed additional factors that could be relevant to the joint-employer analysis in situations where the potential joint employer exercised significant control over the terms and conditions of the employees work or was otherwise acting directly or indirectly in the interest of the employer in relation to the employee.

The DOL also specifically expressed certain factors that were not relevant to determining whether there was a joint-employer relationship including: whether the employee was in a specialty job or job otherwise requiring special skills, initiative, judgment or foresight; whether the employee had the opportunity for profit or loss based upon his or her managerial skill; whether the employee invested in equipment or materials required for work or for the employment of helpers; and the number of contractual relationships, other than with the employer, that the potential joint employer has entered into to receive similar services.

Recent Litigation and a Wrench in the Works

After the final rule was issued, a coalition of 18 states plus the District of Columbia challenged the final rule under the Administrative Procedure Act. They argued that the regulation would harm the states by lowering wages, reducing tax revenue and decreasing compliance with worker protection laws.

Initially, the DOL moved to dismiss on the ground that the plaintiffs lacked standing. However, that argument was rejected. Subsequently, on Sept. 8, Judge Gregory Woods of the U.S. District Court for the Southern District of New York struck down the majority of the newly enacted DOL joint-employer rule. Judge Woods opined that the DOL guidance on vertical employment was in conflict with the FLSA as it ignored the statute's broad definitions. He further concluded the DOL had failed to adequately justify its departure from its prior interpretations. Finally, Judge Woods opined that the rule was "arbitrary and capricious." Judge Woods let stand the horizontal employment part of the rule.

In the opinion, Judge Woods held that the DOL improperly relied on the FLSA definition of employer as the sole textual basis for determining joint-employer status. The FLSA defines "employer" to "include any person acting directly or indirectly in the interest of an employer in relation to an employee." 29 U.S.C. Section 203(d). Judge Woods opined that the use of this definition ignored the well-established principle that the FLSA's terms must be interpreted expansively to effectuate the FLSA's broad remedial purpose. Moreover, it ignored prior DOL interpretations of the FLSA and relevant case law. The opinion further detailed that the FLSA's definition of "employ" is also in conflict with the DOL rule noting "employ" means to "suffer or permit to work" which provides enormous breadth. The final rule noted the definition of "employ" was irrelevant to the joint-employer analysis. Judge Woods disagreed noting the failure of the DOL rule to provide definitions for "employ" and "employee" led to an interpretation that "stumbles out of the starting gate."

Judge Woods also found the rule arbitrary and capricious because the DOL did not explain why it departed from its prior interpretations. He also noted that the final rule conflicts with the joint-employment regulations under the Migrant and Seasonal Agricultural Workers Protection Act. Lastly, the DOL did not adequately consider the cost to workers.

Judge Woods concluded by saying the "DOL must do better than this" regarding its interpretation of the FLSA and Supreme Court precedent.

At this time, the DOL has not appealed Judge Woods' decision. Uncertainty and lack of uniformity remain. While the Southern District of New York issued the decision, 18 states (and Washington D.C.) were part of the coalition. Can states outside of New rely upon Judge Woods' decision? Will they? Joint-employer litigation needs to be continually monitored to assess how courts will utilize the Woods decision. It is up to the other district courts whether to follow the Woods decision or to ignore it.

Due to the continued uncertainty, employers still need to be careful when it comes to joint-employer issues. If an employer chooses to move forward with what may be a joint-employer relationship, the employer should carefully assess and analyze any relationship/partnership in order to minimize litigation and/or employment issues. The employer should also look to the relevant court decisions in its jurisdiction for best practices. It is also important to note the latest ruling does not impact the National Labor Relations Board rule that took effect earlier this year.

Lastly, the upcoming election will also play a role in what happens next in this saga. A Biden administration will likely reinstate/reissue the previous 2015 and 2016 memos and continue to extend the reach of the FLSA as it relates to the joint-employer analysis. To the contrary, another Trump administration will likely lead to a DOL appeal of the recent Southern District of New York case in addition to further attempts to narrow the federal joint-employer doctrine. We will know more in November. 