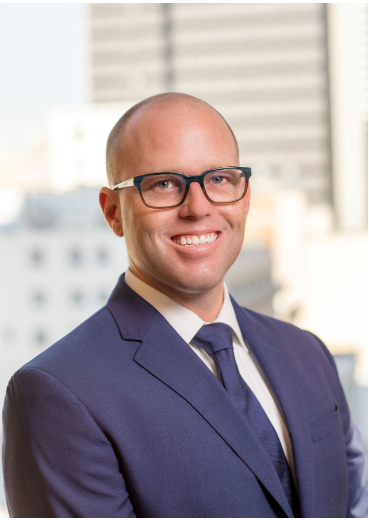 In 1963, the U.S. Supreme Court issued its opinion in Brady v. Maryland. The "Brady rule" that was first announced in that case and has been developed in subsequent cases requires a prosecutor to disclose to the defense before trial evidence that is both favorable to the defendant and material on the issue of guilt or punishment (known as "Brady material"). The obligation exists sua sponte and requires a prosecutor to disclose Brady material even if the defense makes no specific request and even if the prosecutor is unaware of the evidence.

The stakes of Brady compliance are high -- as they should be -- and a prosecutor's failure to disclose Brady material to the defense can result in sanctions, including disbarment. Clear as the rule may appear, at its margins, Brady's application involves a highly nuanced analysis, often without all the necessary facts to make a sure decision, and compliance can sometimes only be judged in hindsight. Depending upon the specific facts of the case, almost any evidence could be Brady material.

In California, most large prosecutor's offices have a written Brady policy and a team of attorneys who evaluate evidence to determine whether it is Brady material. Often, the policy is directed at, and the team focuses exclusively on, law enforcement misconduct issues and whether that misconduct amounts to Brady material. Included in the black letter Brady law as Brady material is evidence of a witness' character for untruthfulness, bias, inconsistency, felony convictions, crimes of moral turpitude, probation or parole status, and the like.

The analysis of whether law enforcement misconduct amounts to Brady material is often straightforward, but not always. On the one hand, if a law enforcement officer-witness had been recently disciplined by his department for dishonesty in an unrelated police report, evidence of that fact is clearly Brady material. On the other hand, if an officer had been caught and prosecuted for stealing candy 20 years ago as a juvenile, but since he had an unblemished career, that fact may not constitute Brady material. Such evidence would be favorable to the defense, but it may not be material to the issue of guilt: a theft from 20 years ago does not really reflect a person's credibility today. (The consequences of a prosecutor's officer determining a law enforcement officer has committed misconduct that amounts to Brady material are profound and have a lasting effect on that officer's career, but they are outside the scope of this article.)

Was It All a Dream?

The analysis becomes more complicated, even fraught with peril, when the evidence in question does not fall within the black letter Brady law. Remember, depending upon the facts, almost anything can be Brady material, even a dream. Consider a case where a 14-year-old girl has accused her uncle of molestation. Offhandedly, just before the girl takes the witness stand at trial, the mother reports to the prosecutor that for years before the molestation, the girl had nightmares of being molested in the same manner that she has accused her uncle.

Are the girl's dreams Brady material? It seems likely. Equipped with this information, a wise defense attorney would question the girl on her dreams and then would argue to the jury that the report of her uncle's molestation was also a dream, and that she has mixed up her dreams with reality.

Now consider one of the most complicated and potentially explosive forms of Brady material: a co-defendant's history as a law enforcement informant. In this scenario, the police receive a tip that two alleged gang members are in a vehicle and have a firearm stashed inside. The police stop the vehicle and find firearm inside the center console, equally accessible to both men, and arrest them. During the initial case conference between the prosecutor and the arresting officers, one of the officers tells the prosecutor that the passenger is a police informant, who has been paid for tips that resulted in firearm arrests and prosecutions.

The cautious prosecutor always errs on the side of disclosure. In so doing, the cautious prosecutor must accept the fact that fulfilling his constitutional obligations -- especially in the absence of all the facts necessary to make a certain decision -- may have serious adverse consequences. Erring on the side of caution may unfairly brand an officer as untrustworthy, it may result in a young girl no longer trusting her own memory or the criminal justice system, and it could end in a violent attack on a man now publicly known as an informant. Fortunately or not, the collateral consequences of disclosure do not weigh into the cautious prosecutor's analysis. Instead, he knows that a prosecutor's obligations are paramount, and the chips must fall where they will.

When I was an assistant district attorney at the San Francisco district attorney's office, I encountered each of these scenarios and even more complicated fact patterns. Those scenarios -- and not whether a jury would convict -- were what kept me up at night. Maybe someday the courts will provide a clearer rubric with which to adjudge evidence as Brady material or not. Until then, I suspect that each night, cautious prosecutors throughout the state and country will continue to toss and turn, always wondering whether they imagined all possible defenses and whether they upheld their obligations. 