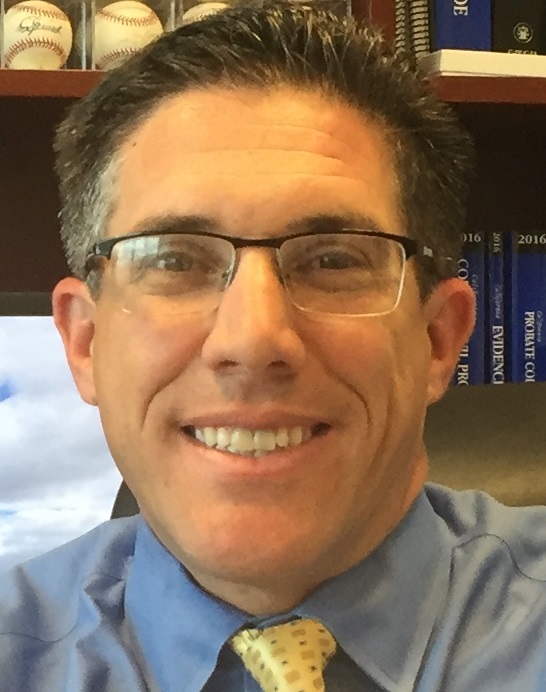 In conservatorship proceedings, the standard applied by bench officers is whether the conservatorship is "the least restrictive alternative for the conservatee's protection." Probate Code Section 1800.3. Although the legal standard is not the same when a court considers a petition for a guardianship, the analysis of whether there is a lesser restrictive alternative to granting the guardianship remains pertinent. The premise of this inquiry lies in the relative ease in obtaining a guardianship, and the more difficult basis to terminate a guardianship once it is established.

What Is a Guardianship?

Many parents whose child is the subject of potential guardianship proceedings do not comprehend what is happening to them or their child. In explaining the process, I have found the simplest explanation for a guardianship can be described as a circle within a circle within a circle. The innermost circle is the parent-child relationship. The parents create a circle around the child to protect the child's health, safety and welfare. Family Code Section 3020. When the parents cannot act to protect the child's health, safety and welfare, the inner circle is broken, and a guardianship, the middle circle, is necessary to protect the child. This circle is usually created by an older sibling, grandparent, aunt or uncle, or another person willing to act in this capacity. When the innermost and middle circles cannot protect the child, the outside circle, through government intervention, protects the child as the last resort. The outside circle will most likely consist of child protective services and dependency proceedings. In guardianships, the middle circle seeks to hold strong for the child, while the innermost circle repairs itself, so that the child never reaches the outermost circle and instead, is ultimately returned to a recovered and functioning innermost circle.

Litigation over guardianships arise because the parents contend that they are fit parents and that there is no basis for a guardianship. Before a court may award custody of a child to a person other than a parent, "the court shall make a finding that granting custody to a parent would be detrimental to the child and that granting custody to the nonparent is required to serve the best interest of the child." Family Code Section 3041(a). Section 3041(c) states that "'detriment to the child' includes the harm of removal from a stable placement of a child." In looking at what is deemed "detriment to the child," the court is directed to focus on the person "who has assumed, on a day-to-day basis, the role of his or her parent, fulfilling both the child's physical needs and the child's psychological needs for care and affection, and who has assumed that role for a substantial period of time." Family Code Section 3041(c). The critical finding of detriment to the child may be based on the prospect that a successful, established custodial arrangement would be disrupted. Guardianship of L.V., 136 Cal. App. 4th 481 (2006); Guardianship of Stephen G. Beyond the assumption of the day-to-day parental role, other factors that the court considers are whether there is stable housing in both homes, proximity to the child's school, medical providers, and extra-curricular activities. The court will consider the reason for the original placement of the child with the proposed guardian and whether whatever caused the original placement has been rectified. Additionally, the court considers the nature and extent of the relationship between the parents and the minor child . Depending on the age of the minor child, the court may also take into consideration the child's position on returning to the parent or remaining with the guardian. Family Code Section 3042(a). In cases where there are multiple children, the court can determine whether a guardianship is necessary for all the children or only certain children.

A finding of detriment to the child does not require any finding that the parents are unfit as parents. Family Code Section 3041(c). Sometimes, the current child-proposed guardianship has been in place for such a long period of time that a change would not be in the minor children's best interest. Family Code Section 3041(d ). However, there are other times where a frank and honest conversation with parents about their current situation will assist them in understanding that allowing for guardianship in the short term will allow them to correct their current circumstances, which is necessary because their fitness as parents is in question. If they make the corrective changes, the parents may petition the court for the return of their child.

Parents, even after the guardianship is granted, have a right to visitation with the minor child but the approach differs depending on the type of guardianship. In dependency cases, unless the court finds by a preponderance of the evidence that it would be "detrimental to the physical or emotional well-being of the minor child", the court must make a visitation order. Welf. & Inst. Code Section 366.26(c)(4)C). The visitation frequency and duration cannot be left to the discretion of the guardian. In re M.R., 132 Cal. App. 4th 269 (2005). In probate guardianships, visitation with the parents is based on the best interest of the child. Family Code Section 3020. A guardian may be ordered to accommodate reasonable requests for visitation. Guardianship of Kaylee J., 55 Cal. App. 1425 (1997).

Termination of a Guardianship

Guardianships are, like most court proceedings, a multi-step and multi-court appearance process. Beyond filing the petition for guardianship, the proposed guardian must provide notice to an extensive list of interested parties, including the parents, who might be difficult to locate. Probate Code Sections 1511, 1513, 1516, 1542. Additionally, proposed guardians can be required to submit to criminal background checks, a Department of Child and Family Services background check, and meeting with a probate investigator, who will also submit a report to the court for its review. Probate Code Section 1513. If the child is of Native American ancestry, notice to the child's tribe may be required. Probate Code Section 1513(h ). Guardianships exist until the child reaches the age of majority, death of the ward, or is terminated by the court. Probate Code Section 1600).

There are many instances where guardianships fulfill a dire need. A parent's long term inability to care for the child because of issues such as chronic or permanent physical, medical or mental conditions, which prevent a parent from acting on a child's behalf, drug addiction, homelessness, incarceration, abandonment, physical or emotional abuse, or death of a parent, i.e. where the parent's inability to act on the child's behalf exists beyond a transitory time frame, or even in the event of the death of one or both of the parents. However, there are also many instances where a guardianship is not "the least restrictive alternative." Parents may voluntarily agree to a guardianship because they believe this is necessary for both the child and the proposed guardian, to facilitate the guardian's ability to care for the minor children, obtain health services, or for educational purposes. However, where that belief arises from temporary circumstances such as a parent's temporary work transfer (even if overseas), enrollment in an out-of-state college, military deployment, incarceration for a short duration, temporary physical, medical, mental conditions with positive prognoses, short-term homelessness, or drug addiction issues, that may not necessarily require a guardianship. Alternatives that provide temporary authority to another exist outside the court process. The American military provides both a family care plan and a power of attorney for prospective use by its soldiers (Forms DA 5305-R and DA 5841-R). The caregiver's affidavit is also an alternative and available through the California Courts website. Powers of attorney and medical consent documents, which are easily revoked, may provide the similar or same type of protection sought by a guardianship (i.e., ability to care for children while the parent is absent), and do not involve the procedural steps and findings that are involved in terminating a guardianship as discussed above .

The court desires to protect the health, safety, and welfare of all minor children. Is a guardianship the best tool in the toolbox for the job at hand? Or, is there a least restrictive alternative for doing so? 