What confidential documents may a whistleblower take? 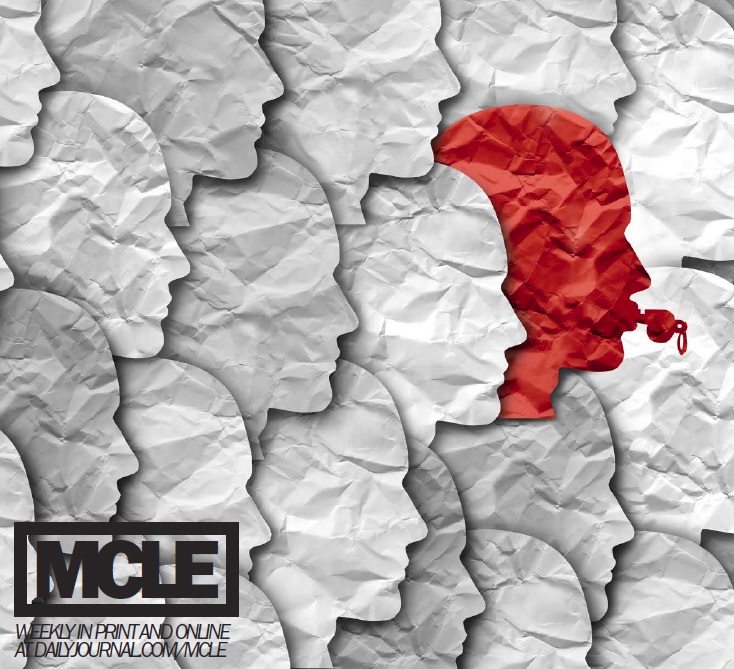 Whistleblowers often face the same Catch-22 as recent college graduates. You can't get a job without experience, and you can't get experience without a job. Similarly, a whistleblower cannot prove corporate misconduct without documents, but appropriating corporate documents -- or "purloining" as the employer would say -- may result in suspension or termination. But, if the whistleblower waits to obtain the documents in civil discovery, then employer may have covered up or otherwise destroyed the evidence.

An employee who appropriates corporate documents and sues for retaliation for whistleblowing will inevitably face a counterclaim which includes causes of action for breach of a confidentiality agreement, breach of fiduciary duty, and various computer theft crimes. The courts are left weighing the company's need to protect its information against the potential for a company to use a lawsuit as to device to silence the disclosure of fraud and intimidate employees.

The issue of what, if any, documents an employee may appropriate is murky at best throughout the country under federal law and completely undecided under California law. The rulings on these counterclaims range from outright dismissal, the application of a rule of reasonableness on the documents appropriated, to allowing the claims to proceed.

This article addresses these issues, and offers advice for your whistleblowing client on claims for breach of a confidentiality agreement.

A. Dismissal of the counterclaim

Some cases hold that the strong public policy of protecting whistleblowers requires the dismissal of a claim for breach of a confidentiality agreement. These cases typically involve fraud against the government. The courts held that the enforcement of a confidentiality agreement preventing the disclosure of fraud to the government runs counter to the purpose of the federal False Claims Act. U.S. ex rel. Head v. Kane Co., 668 F.Supp.2d 146, 152 (D.D.C. 2009) ("Enforcing a private agreement that requires a qui tam plaintiff to turn over his or her copy of a document, which is likely to be needed as evidence at trial, to the defendant who is under investigation would unduly frustrate the purpose" of the False Claims Act.); United States ex rel. Grandeau v. Cancer Treatment Centers of America, 350 F.Supp.2d 765, 773 (N.D.Ill. 2004) (holding that an employee could not be held liable for breach of a confidentiality agreement based upon her conduct in disclosing to the government documents which allegedly showed that her employer had engaged in fraudulent healthcare billing practices, given strong policy of the False Claims Act of protecting whistleblowers who reported fraud against the government).

Given this broad policy, a whistleblower certainly can argue that a counterclaim mandates dismissal. However, the author find that the federal authority cited in section C is likely correct because it prevents a whistleblower from downloading all of the employer's files, whether relevant to the retaliation claim or not. In sum, the authority cited in this section does not balance the employer's interests against the employee's interests.

B. Allowing the counterclaim to proceed

In JDS Uniphase Corp. v. Jennings, 473 F.Supp.2d 697, 702 (E.D. Va. 2007), the district court, applying California law, rejected a public policy defense that an employee may breach an employment agreement to serve as an effective whistleblower. While the court implied that the employee's appropriation was overbroad, this fact was not the deciding factor. The court held that "while it is understandable and appropriate for California to adopt a policy encouraging whistleblowers to report their employers' violations of law, it does not follow from this that California meant by this declaration to invalidate confidentiality agreements and to authorize whistleblowers to steal or convert their employers' proprietary documents. Succinctly put, Sarbanes-Oxley is not a license to steal documents and break contracts." Thus, the court granted the employer's motion for summary judgment. The court did not differentiate between the appropriation of relevant versus irrelevant documents. The fact that the documents were taken was sufficient to constitute a breach.

While JDS purports to apply California law, there is no subsequent decision in California (whether state or federal) that reached the same conclusion. Rather, as stated in section C, federal authorities have applied a different analysis when interpreting California law. The decision in JDS would actually discourage California's policy of encouraging whistleblowers. The author finds that it was wrongly decided.

It is also worth noting that these decisions are older cases. It is more recent that whistleblowers appear in the news on a constant basis. There may be more sympathy for whistleblowers now, resulting in a shift away from this line of reasoning.

C. Reasonableness of the appropriated documents

Other courts, including federal courts in California, have applied a rule of reasonableness to determine whether the counterclaim should proceed. In Cafasso ex rel. United States v. Gen. Dynamics C4 Systems, Inc., 637 F.3d 1047 (9th Cir. 2011), the 9th U.S. Circuit Court of Appeals refused to recognize a general public policy exception to the enforcement of confidentiality agreements in False Claims Act cases. However, the court recognized that an exception "that would allow relators to disclose confidential information in furtherance of an FCA action" has "some merit." The court did not apply the exception in that case because the relator had engaged in "vast and indiscriminate appropriation" of her employer's files. In that case, the employee appropriated tens of thousands of pages, including attorney-client privilege documents, trade secrets, sensitive government information, and a patent application. The 9th Circuit concluded: "Were we to adopt a public policy exception to confidentiality agreements to protect relators -- a matter we reserve for another day -- those asserting its protection would need to justify why removal of the documents was reasonably necessary to pursue an FCA claim."

Some federal district courts in California have followed this line of reasoning. See Siebert v. Gene Sec. Network, Inc., 11-1987 (N.D.Cal. Oct.16, 2013) (finding that although the confidentiality agreement was unenforceable as a matter of public policy, the counterclaim should not be dismissed in its entirety because it was possible that the plaintiff took confidential documents unrelated to his FCA claim); U.S. ex rel. Ruhe v. Masimo Corp., 929 F.Supp.2d 1033, 1039 (C.D. Cal. 2012) (denying motion to strike exhibits because "[r]elators sought to expose a fraud against the government and limited their taking to documents relevant to the alleged fraud. Thus, this taking and publication was not wrongful, even in light of nondisclosure agreements, given the strong public policy in favor of protecting whistleblowers who report fraud against the government.")

Most recently, in Erhart v. BOFI Holdings, Inc., 15-cv-02287 (S.D.Cal. Feb. 14, 2017), Erhart, an internal auditor for a bank, witnessed conduct that he perceived to be illegal in connection with the bank's decision to withhold documents subpoenaed by the SEC. Erhart later sued for whistleblower retaliation. The bank countersued for, inter alia, breach of his employment agreement.

Applying California law, the Erhart court found merit to the 9th Circuit's nuanced approach in Cafasso. The court recognized the strong interest in enforcing confidentiality agreements. At the same time, the court reasoned that whistleblowers need evidence to substantiate their claims: "Relevant documents taken from an employer not only can provide potentially valuable evidence of a possible securities violation, but also can help the SEC confirm the veracity of the whistleblower's information and better distinguish between tips that warrant significant attention and those that do not. This is a critical function because the SEC received over 3,200 tips through the SEC Whistleblower Program in fiscal year 2013 alone, and receives tens of thousands of other tips and referrals through other means, such as investor complaints." Furthermore, allowing a whistleblower to appropriate documents mitigates the possibility that the evidence will be destroyed before an investigation. As a result, the court in Erhart denied the bank's motion for summary adjudication of Erhart's defense under Labor Code Section 1102.5 because there was a genuine issue as to whether Erhart's removal of documents was "reasonably necessary" to support his allegations of wrongdoing.

The decision in Erhart strikes the appropriate balance to implement California law. The rule of "reasonableness" allows the employee to safeguard their retaliation claim, discourages the destruction of evidence, and protects the employer from a disgruntled employee downloading their entire system. It was rightly decided.

D. Advice to your whistleblower client

Based on the decision in Erhart, the author finds that an attorney representing a whistleblower should offer the following advice: First, the whistleblower should limit what they appropriate to that which is relevant to prove retaliation. Do not search through files and download irrelevant or mass quantifies of information. Second, only appropriate documents that the whistleblower had access to in the ordinary course of their job. Third, the documents should be provided to the employee's attorney, but not disseminated further. Fourth, do not appropriate attorney-client privilege information. 